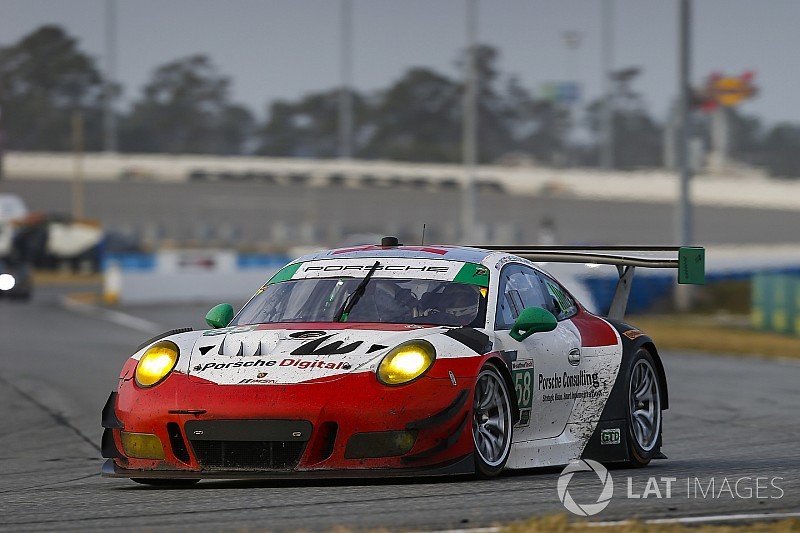 Wright Motorsports has confirmed the expansion of its GT Daytona program for the sprint portion of the IMSA WeatherTech SportsCar Championship season, running a second Porsche to be driven by Michael Schein and Wolf Henzler.

The team which runs a Porsche 911 GT3 R for Pat Long and Christina Nielsen in the full season, will enter a second 911 for Schein and Henzler, starting with next week’s round at Mid-Ohio.

Said team principal John Wright: “I know I’m speaking for my entire team when I say that we’re all very pleased to see Mike make his transition into the IMSA WeatherTech Championship. He’s worked very hard to get to this point and we’re all excited to see him race in this environment.

“I’m looking forward to bringing on a second car, which will enhance our engineering efforts during race weekends. I’m also looking forward to working with Wolf for the first time. He will be a great asset to the team and a good mentor for Mike with all of his endurance experience.”

The #16 Porsche will run at all remaining races excluding the Tequila Patron North American Endurance Cup rounds at Watkins Glen and Road Atlanta.

Schein, who finished second in the Pirelli World Challenge's GTA class in 2016, and raced for Wright Motorsports in the IMSA GT3 Cup Challenge for three years, said: “Racing in a premier series like the IMSA WeatherTech SportsCar Championship is a real privilege. I'm happy to be kicking off our IMSA campaign at Mid Ohio; a track that I know very well. Endurance and multi class racing is new for me so I will have to learn quick! Teaming up with a driver like Wolf Henzler is fantastic. He's got all the speed with the added experience that I can lean on.”

Pigot to sub for Tincknell in Mazda at Mid-Ohio