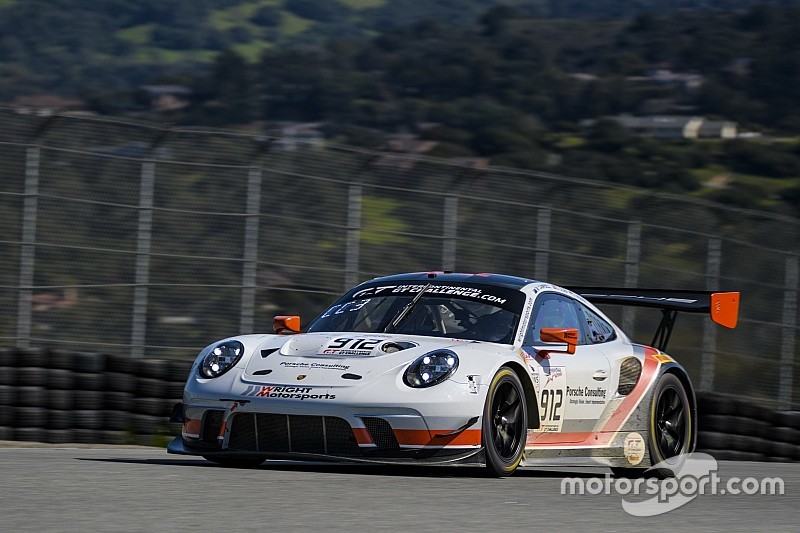 After dropping off the GT Daytona grid this year to focus on its SRO America campaign, Wright has confirmed it will enter its #91 Porsche 911 GT3 R for both the GT-only Lime Rock event on July 20 and the following race at Road America on August 4.

Anthony Imperato will share driving duties with Matt Campbell at Lime Rock before being joined by Dennis Olsen at Road America. Both Campbell and Olsen, who are part of Porsche's factory stable, have partnered Imperato in SRO America this year.

“All of us at Wright Motorsports are very pleased to see Anthony join the WeatherTech Championship for a few events,” said team boss John Wright.

“Since he joined us for IMSA GT3 Cup in 2016, he’s worked very hard to get to this point and we’re excited to see him in this environment.

"I’m also looking forward to continuing to work with Matt and Dennis, who we’ve already had great success with in SRO America competition. As a team, we’ve always been strong at both Lime Rock and Road America, so we’re eager to get started.”

Imperato added: "I’m really looking forward to running a few IMSA WeatherTech Championship races this season. Running in SRO America has prepared us for things like drivers changes and pitstops. The biggest difference is going to be dealing with multi-class traffic.

"It will be a great learning experience and great to have the consistency of driving with Matt and Dennis for these races. I feel confident we will have some good results."

At Lime Rock, Wright will be making its first IMSA outing since last year's Petit Le Mans season finale at Road Atlanta, while the Road America race will mark the one-year anniversary of its last GTD win with Pat Long and Christina Nielsen.

It contested the California 8 Hours, the US leg of the Intercontinental GT Challenge, earlier this year with Olsen, Campbell and Dirk Werner, but was forced to retire with gearbox issues.

Fassler to sub for injured Milner again at Lime Rock