The first full season in the Indian all-women category of Honda and Alisha Abdullah Training Academy ended with Aishwarya Pissay and Haritha Ravi taking wins in the respective races.

Starting from pole Aishwarya put on a dominant show to claim her second victory of the 2016 season by a mammoth margin of 12.358s, over Ryhana Bee at Madras Motor Race Track.

The field behind was also spread out as Niranjanie Ravishankar finished on the podium after third placed starter Kokila Shiva Shankar was forced to retire her Honda in the opening lap.

In a 4-lap race, Ann Jenifer was fourth, while Jennifer Christa Paul ended up fifth after she was cleared to race, despite having not set any representative time in qualifying. 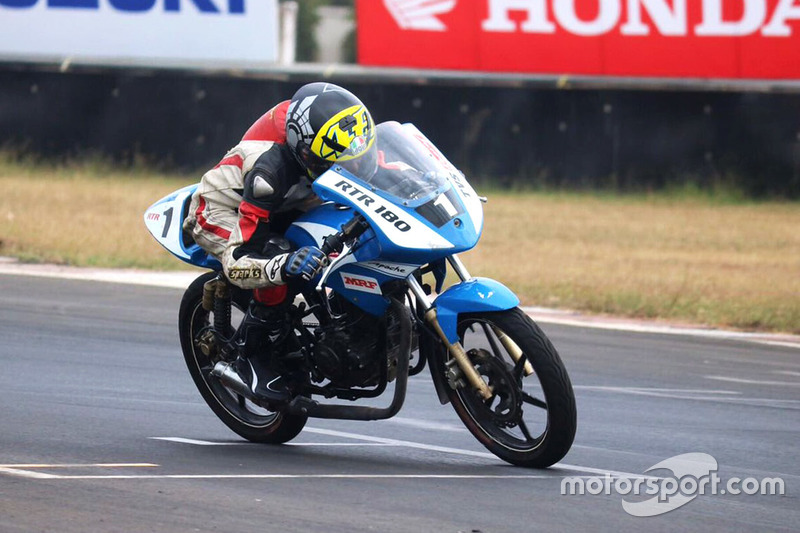 Haritha took a lights-to-flag win in the final race of the inaugural AATA season, comfortably beating Olesya Dias at MMRT.

It was a fairly straightforward 4-lap race with Haritha commanding her rivals on the TVS RTR machinery from pole. Renuka Gajendran completed the podium.

Meanwhile, Aishwarya M was allowed to race despite qualifying outside the 115 percent rule. The Coimbatore-based rider finished a strong fourth, having started from the back of the grid.

The final two finishers were Pratiksha Das and Priyanka Rao, the latter also was cleared to race after failing to qualify within the requirements.