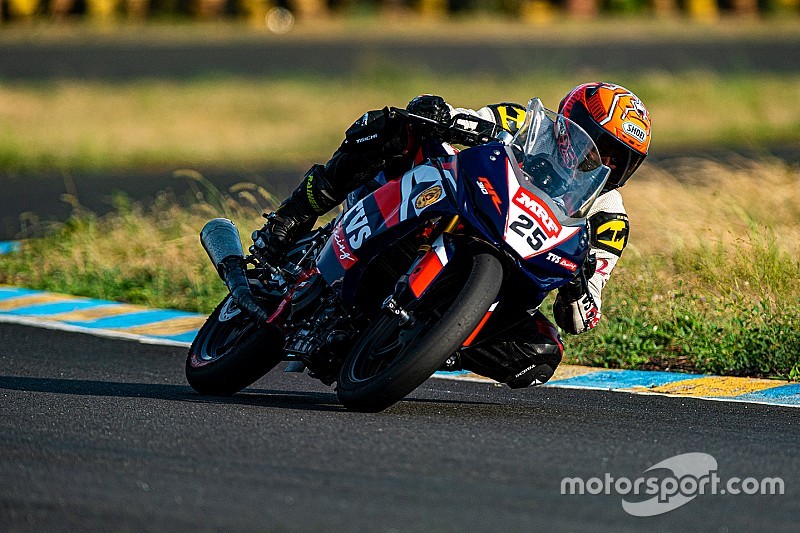 Ravikumar could only qualify sixth on the grid after suffering an injury during testing the previous week, but charged his way through the field the win the season opener.

Ravikumar took advantage of a crash between pole-sitter Prabhu Arunagiri (Team Alisha Abdullah) and TVS teammate Jagan Kumar, the two coming together on lap two of 10.

Arunagiri retired from the race on the spot, while Jagan was able to remount on the bike and cross the finishing line in eighth.

The contact between the pair elevated KY Ahamed, also of TVS Racing, to second and Gusto Racing’s Satyanarayana Raju to the final spot on the podium. 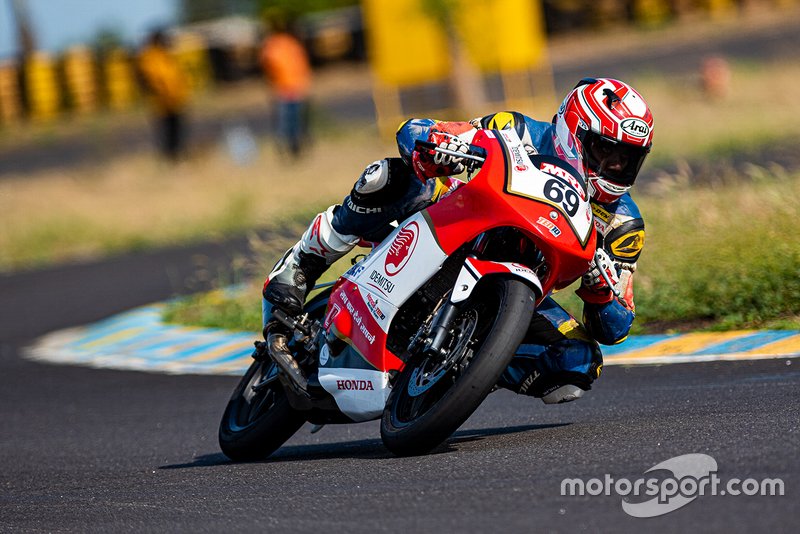 In the Pro-Stock 165, Sarath showed his class after dropping down to sixth due to a poor start. The long-time Honda rider quickly recovered from the early setback, eventually winning the race by a dominant margin of over three seconds.

“It feels great to win a race after I think three years,” Sarath said. “I did not have a good start and was running sixth going into Turn-1, but I was confident of making up and by the second lap, I was ahead. Thereafter, it was fairly comfortable.

“It has been a frustrating three years during which I was part of the development programme. I also put on weight during that time, going up to 76 Kgs which is far too heavy for a 165cc bike.

“So, I reduced my weight to 66 Kgs, but still concede about 12 Kgs to Jagan. I had a strategy today, but unfortunately, he had a technical issue, so I didn’t need to employ that strategy. Tomorrow, I know, he will be with me, but I am confident.”

Ahamed and Jagan finished second and third on a day of double duty for the TVS Racing duo.

Jagan, in particular, had an eventual day. After his crash in the Pro-Stock 301-400cc category earlier, the reigning Super Sport champion saw his bike’s chain snap on the formation lap of the Pro-Stock 165cc race.

That forced him to start from the pitlane, but managed to scythe his way through the field to claim the final spot on the podium.

“The chain snapped and so I had to start from the pitlane after repairs,” Jagan explained. “Otherwise, it was a good race and am happy to finish third considering the circumstances. Hopefully, I will have a better race tomorrow.”

As well as other races of the day were concerned, Sparks Racing’s Vijay S claimed victory in the Stock 165cc division, while Varoon S and Anand R emerged victorious in Honda CBR 150 (Novice) and TVS 310RR Open categories respectively.