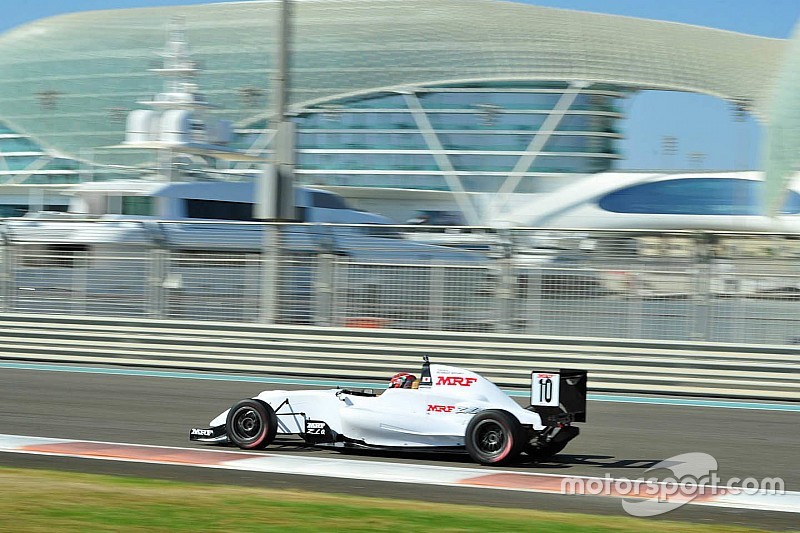 The start was aborted after Sebastian Balthasar missed his grid slot, and the drivers had to do an extra formation lap.

But it didn't deter Matsushita one bit as he eventually stretched a comfortable lead over Dennis in the nine-lap race.

In the end, Matsushita cruised to victory, over five seconds ahead of Dennis who was involved in a hefty battle with Fittipaldi, Calderon, Indian Tarun Reddy and race two winner Nikita Troitskiy.

While Dennis managed to pull away from the fight in the closing laps, Fittipaldi came under serious pressure from Calderon.

On the last corner, the Colombian F3 racer took the final podium position from the Brazilian as Fittipaldi dropped to fifth with Reddy picking up the pieces.

Troitskiy was sixth ahead of Adrian Newey's son Harrison Newey in seventh and Sean Walkinshaw in eighth.

The top 10 was completed by Alice Powell and Max Fewtrell. Matsushita also set the fastest lap clocking a 2m13.336s.