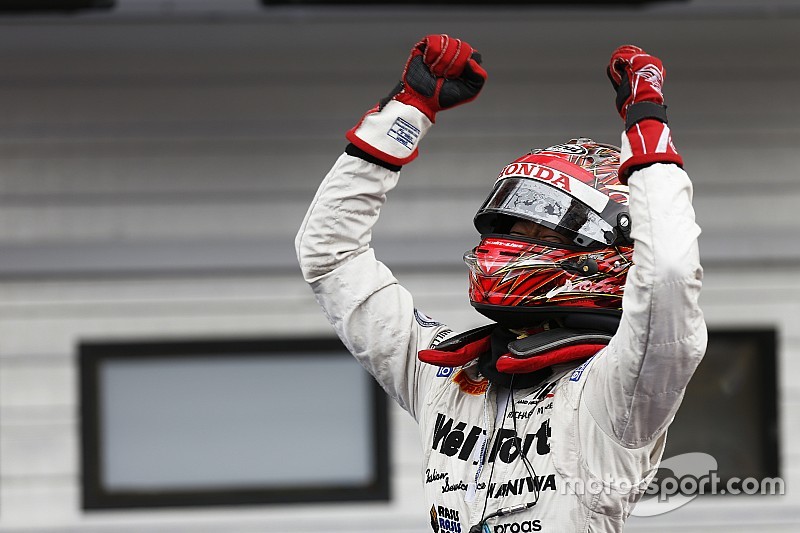 Japanese GP2 racer Matsushita dominated the 10-lap race, finishing over four seconds ahead of Fittipaldi, who made a crucial move at the start to get ahead of front-row starter Jake Dennis.

A brief safety car period brought the field together, but Matsushita was in a league of his own and quickly stretched out a lead at the front to take a comfortable win.

The fight was on for second place as Dennis was all over the back of Fittipaldi, but the Brazilian driver fended off the Briton at the end.

Starting fifth, Tatiana Calderon overtook Nikita Troitskiy at the start, but the Russian managed to take back the place to finish fourth, as Calderon completed the top five.

The top 10 was completed by Alice Powell and Adrian Newey's son Harrison Newey.

Matsushita also clocked the fastest lap of the race with a time of 2m12.476s.