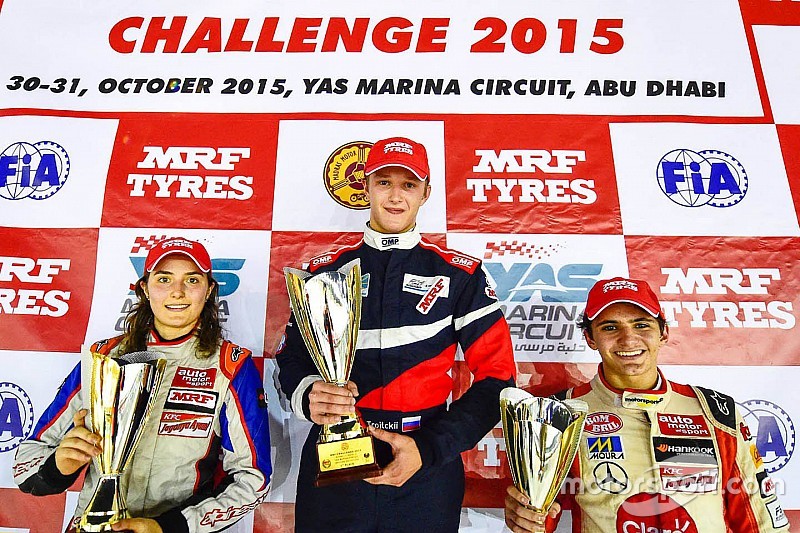 A top-six reverse grid for race two meant Reddy started on pole alongside Calderon, with Troitskiy and Jake Dennis behind on row two.

Reddy got a good getaway and built a comfortable lead while, Calderon fought with Dennis for second place after the British driver got ahead of Troitskiy off the line.

Behind them, race one winner Nobuharu Matsushita, having started sixth, lost two places at the start and had to fight his way back up the order during the 10-lap race.

Dennis ran wide and dropped to fifth while attack Calderon for second at mid-distance, freeing up the Colombian to chase Reddy for the win.

Gaining almost a second on the Indian going into the final lap, Calderon wound up right on Reddy's tail at the finish, but as the Indian ran wide at the final corner, Calderon dived to the inside and the pair made contact.

That allowed Troitskiy through to take the win, with Calderon settling for second and Fittipaldi completing the podium, albeit Calderon was under investigation for a collision, but the stewards' deemed it as a racing incident.

Reddy finished fourth after leading the race until the final corner, while Honda protégé Matsushita fought back to finish fifth ahead of Dennis.