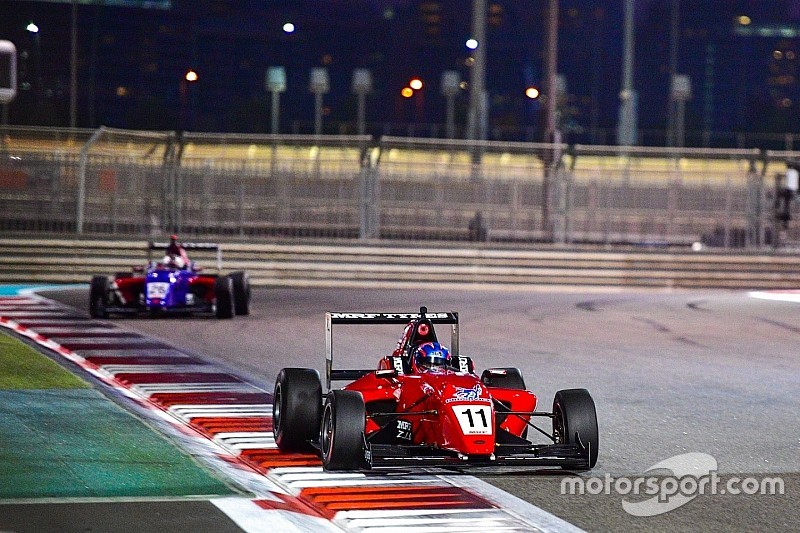 Felipe Drugovich completed a clean sweep in the Abu Dhabi MRF Challenge round after taking a lights-to-flag win in Race 4.

In similar fashion to Races 1 and 3, Drugovich got away cleanly from pole position and established a two-second buffer on the first lap.

From there on, he edged further away from the pack with a series of fastest laps, eventually taking his eighth win of the season by a margin of 5.302s.

USF2000 runner up Rinus van Kalmthout had no answer to Drugovich and ended up second, his second podium in an otherwise difficult week.

Julien Falchero held off Presley Martono to finish third and ensure he finished every race at Yas Marina on the podium.

Euroformula Open finisher Alex Karkosik was next up in fifth, but remains under investigation for a mid-race incident.

Robert Megennis, another driver to come from USF2000, was classified sixth, just ahead of Danial Frost.

Dylan Young and Michelangelo Amendola were separated by just over a second in eighth and ninth places respectively, with Harri Jones bagging the final point after finishing close behind the two in 10th.