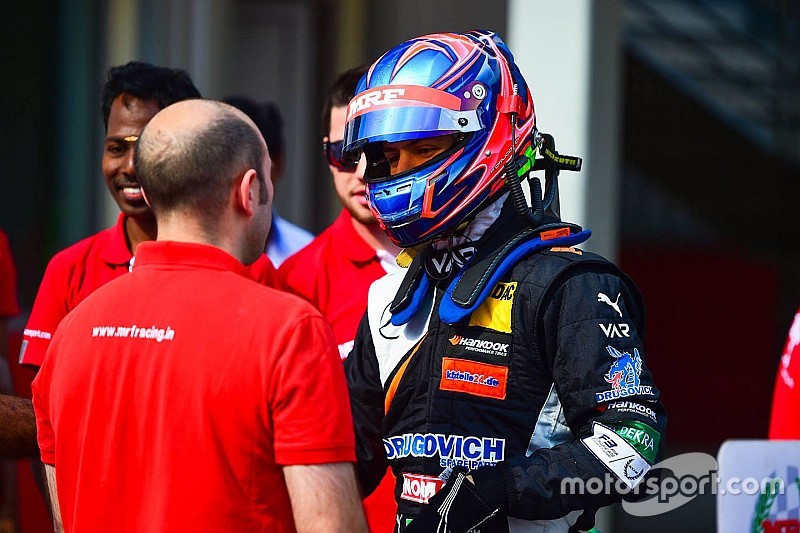 Felipe Drugovich made it back-to-back wins in the Abu Dhabi round of MRF Challenge after pole-sitter Danial Frost was involved in an early incident in Race 2.

Frost got away cleanly from pole but fellow front row starter Alex Karkosik dropped down to sixth, promoting Louis Gachot to second position.

On lap 2, the two drivers made contact; while Frost retired immediately from the race, Gachot was able to continue, albeit down in sixth place.

The incident promoted Julien Falchero to the lead of the race but the Frenchman was passed by Drugovich just in time before a lengthy safety car period started.

After the restart, the Brazilian ran away with the race, once the conditions were back to green.

He eventually took the chequered flag by 1.887s, scoring his sixth win of the season to further extend his championship lead.

Karkosik claimed the final spot on the podium, despite a slow start dropping him down the field.

Presley Martono, too, lost a position off the line and ended up fourth, just ahead of Gachot.

Nazim Azman was next up in sixth, while USF2000 runner-up Rinus Van Kalmthout charged his way up to seventh, having started on the last row of the grid.

Dylan Young and Harri Jones were classified eighth and ninth, while Henning Enqvist bagged the final championship point in 10th.