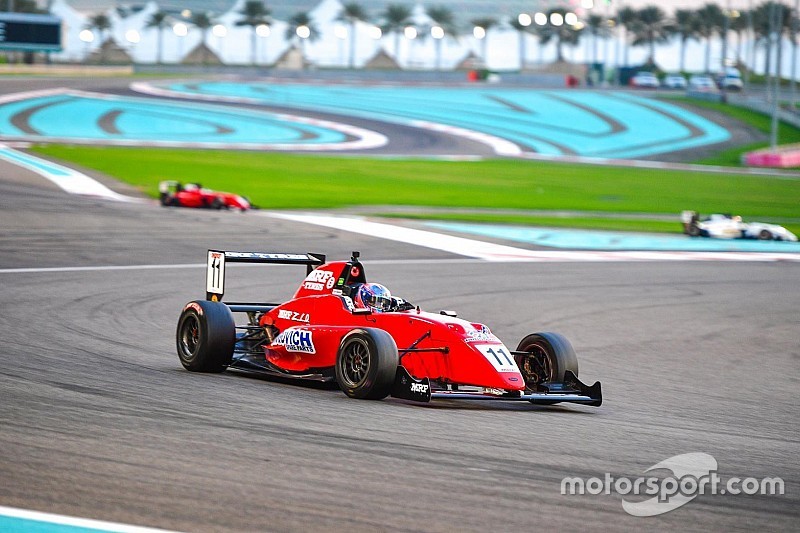 Starting from pole for the second time in Yas Marina, Drugovich built a four-second buffer in the first two laps to make victory all but a certainty.

With no safety car appearances or errors on Drugovich’s part, the Brazilian went on to claim a convincing  win - his third of the week and seventh of the season - by 13.478s.

GP3 driver Julien Falchero finished a distant second after overcoming a slow start, while Rinus van Kalmthout took third after a superlative drive from 15th on the grid.

The Dutchman made most of gains in the first half of the race and ended up just over a second behind Falchero at the chequered flag.

Michelangelo Amendola finished nearly 13 seconds behind the leading trio in fourth, while Manuel Maldonado was a further five seconds adrift in fifth.

Nazim Azman and Harri Jones were classified sixth and seventh respectively, while Danial Frost just held off Henning Enqvist to take eighth. The top 10 was completed by Pavan Ravishankar.

Martono’s title chances took a big blow after he collided with Alex Karkosik while battling for second position. He initially dropped down to seventh, before pitting with damage on his car.