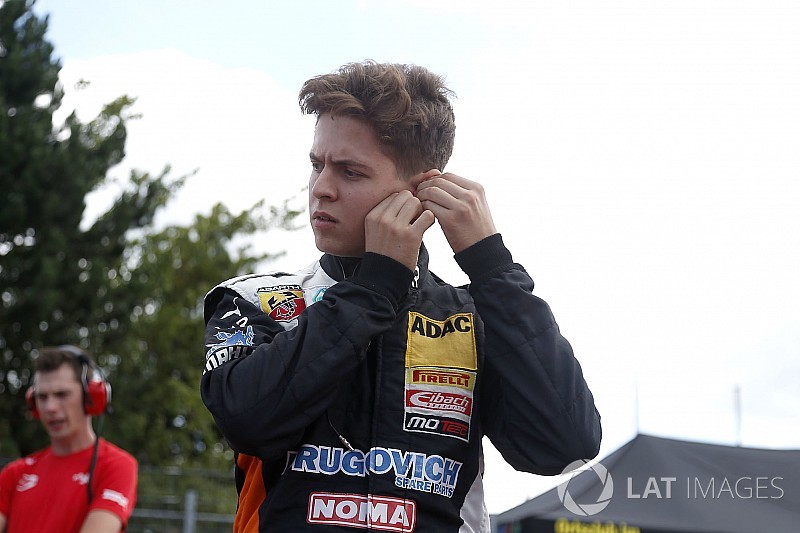 MRF Challenge championship leader Felipe Drugovich claimed pole position for the penultimate round of the season in Abu Dhabi, beating Julien Falchero to the fastest lap in qualifying.

Drugovich’s early benchmark of 2m11.509s stayed on top till the final three minutes of the session when times began to drastically tumble.

GP3 driver Falchero was the biggest gainer of all, jumping to the top of the timesheets with 2m11.128s. Drugovich crossed the few lines a few seconds later and set a time of 2m11.166s, falling short of the Frenchman's mark by 0.038s.

However, with just over 30 seconds left in the session, the 17-year-old broke the 2m11s barrier, clocking the Yas Marina Circuit in 2m10.637s to reclaim the top spot.

Falchero had not answer to Drugovich’s final flyer and settled for second place, 0.465s behind the Brazilian.

Alex Karkosik finished just 0.054s adrift in third, while championship contender Presley Martono was a further 0.148s behind in fourth.

Louis Gachot and Nazim Azman will start from the third row of the grid, with the Frenchman qualifying 0.204s quicker to take the fifth spot.

Manuel Maldonado and Dylan Young were next up in seventh and eighth respectively, while the top-10 was completed by Danial Frost and Henning Enqvist.

USF2000 runner-up Rinus Van Kalmthout, who currently sits third in the standings, brought out a red flag when he stopped at sector 1 with just over 12 minutes left in the session. The Dutchman will start from the sixth row on the grid.