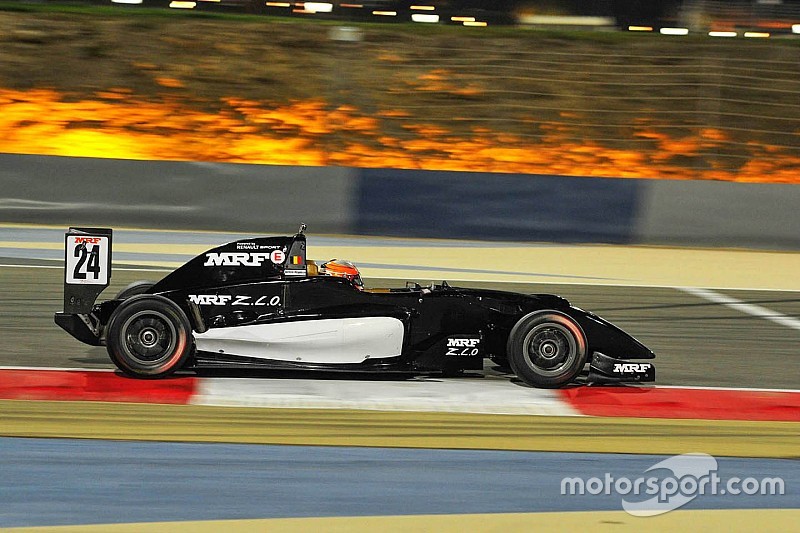 The Belgian racer took a surprise pole on Thursday, and was untroubled in the opening race at Sakhir, securihg a fine win ahead of Nikita Troitskiy.

At the start, Troitskiy lost a place to Tatiana Calderon as they battled for second, but the Russian came back beautifully to get past the Colombian.

With Picariello and Troitskiy far up the field, Calderon was under attack from Pietro Fittipaldi for the rest of the race.

Calderon nonetheless defended well to take the final place on the podium, with Fittipaldi having to settle with fourth, while debutant Matheus Leist finished a lonely fifth.

Sean Walkinshaw was sixth and Harrison Newey seventh, prevailing in a four-way battle that saw him constantly hounded by Max Fewtrell, Dylan Young and Sam Dejonghe.

Towards the end, Tarun Reddy joined the battle after having stalled before the formation lap got underway. The Indian started from pitlane and made up seven places to finish 11th.

The top 10 was completed by Young, Dejonghe and Fewtrell, the British driver having lost two places on the last lap.