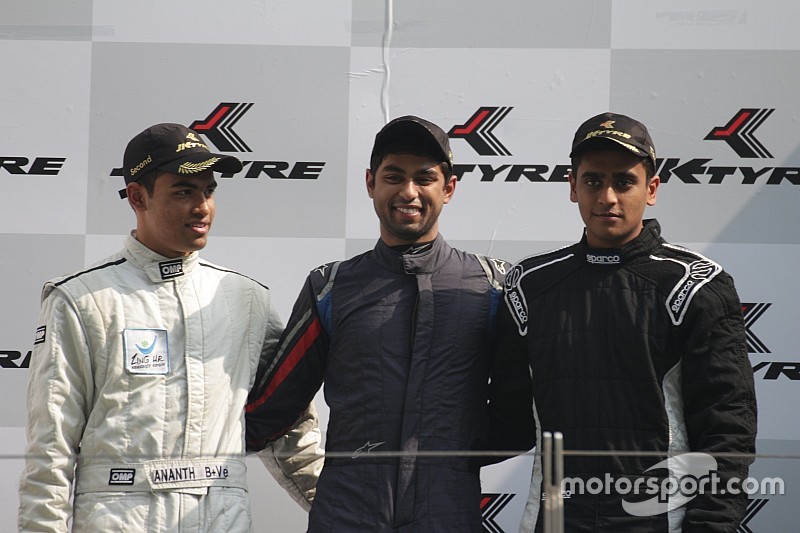 Having started from third place, Reddy quickly dispatched polesitter Shanmugam and front-row starter Chatterjee to take lead of the race.

With neither of his rivals able to put on a counter-challenge, the Hyderabad-based driver went on to score his fourth victory of the season to stretch his advantage in the all-important drivers' standings.

Behind the top three, Dhruv Mohite secured the best of the rest spot at fourth, while Ajay Kini completed the top five.