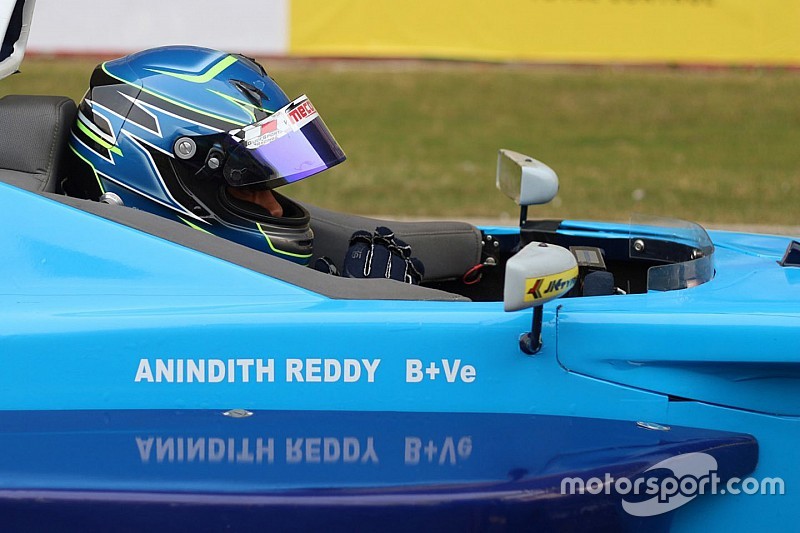 Anindith Reddy has been crowned the 2016 Euro JK champion after winning the penultimate race of the season at the Buddh International Circuit.

At the start of the race, Krishnaraj Mahadik swept to the lead from the front row of the grid, passing reverse grid pole-sitter Chittesh Mandody.

Behind, Reddy was equally quick off the line, moving to fourth by end of Lap 1. The Hyderabad-based driver then dispatched Dhruv Mohite and Mandody, who ran wide at Turn 3 losing several places at one go.

Now in second, Reddy started piling pressure over Mahadik with Akhil Rabindra making it a three-way fight going uphill towards the long straight.

Reddy made the move stick on Mahadik to take the lead of the race with Rabindra following through in second.

The duo then briefly jostled for positions, before Reddy asserted his authority at the front, while Mahadik having dropped back had Ajay Kini on his tail.

In the title battle, with Nayan Chatterjee retiring on Lap 4 and Ananth Shanmugam faring no better than eighth, Reddy accumulated enough points to wrap up the title with one race still to go.

Behind Reddy, it was Rabindra in second with Mahadik fending off Kini's late surge to taking the final position on the podium in the Indian Formula BMW series.

Mandody eventually finished fifth having started from pole, but is currently under investigation for overtaking under the yellow flags, with Ricky Donison sixth.

Mohammed Nalwalla was seventh, with Shanmugam eighth and Manav Sharma was the last of the classified finishers in ninth.