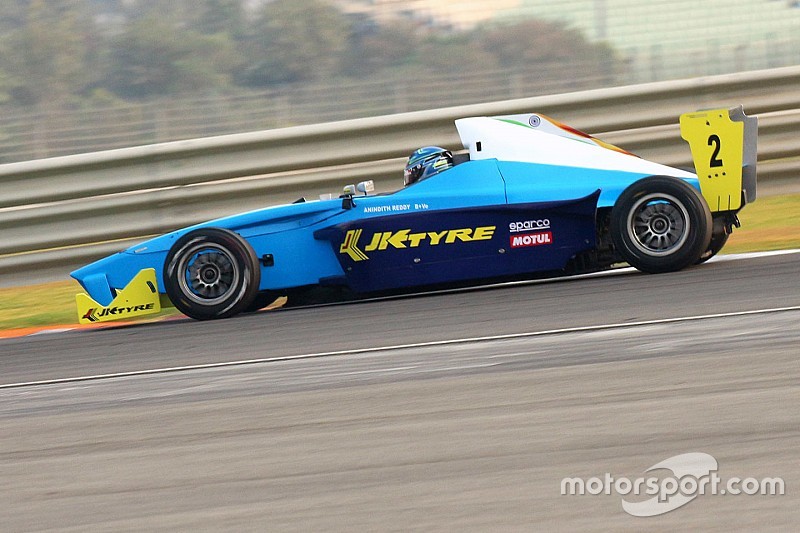 Anindith Reddy extended his lead in the drivers' standings with a conclusive victory in the second Euro JK race of the Indian Formula BMW series at the Buddh International Circuit.

As the lights went out, Ananth Shanmugam made a jump start to take the race lead from the front-row, breezing past pole-sitter Reddy.

Although it was evident that Shanmugam will be handed a drive through penalty for the aforementioned offence, Reddy wasted no time in repassing the Singapore-based driver at turn 4 to reclaim the lead of the race.

The 2015 Vento Cup winner then went on to take his second win of the weekend, further asserting his authority in the standings ahead of the final two races on Sunday.

Meanwhile, Chatterjee benefited from Shanmugam's misery to finish only 0.527s behind in second, with guest racer Akhil Rabindra coming through the field to claim the final spot on the podium.

Meanwhile, Shanmugam recovered from the penalty to finish eighth, but his championship hopes have severely dampened with his rivals finishing first and second respectively.

F4 SEA racer Mohammed Nalwalla was the last of the classified finishers in ninth, while Ricky Donison, Akash Gowda and Manav Sharma all retired from the race.