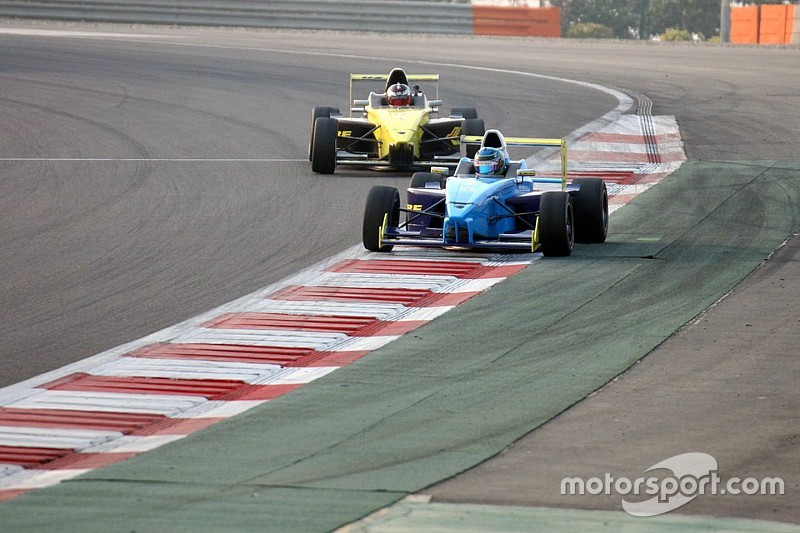 The Hyderabad-based driver had a poor getaway from pole, dropping to third behind Krishnraaj Mahadik, while fellow front-row starter Akhil Rabindra took the race lead.

Meanwhile, Dhruv Mohite stalled on the grid, leading to an oil spillage and subsequently a lengthy safety car period for the marshals to clear the track.

When the race resumed, Reddy quickly passed Mahadik for second on the long straight, before starting to chase down Rabindra.

On Lap 7, the Reddy pulled out of Rabindra’s slipstream at the back straight, diving down the inside of the British F3 racer to take the lead.

He then went on to take his seventh win of the year, capping off the season with a clean sweep of races in the final round of 2016.

"It is fantastic," said an elated Reddy after the race. "I had a bad start, but recovered [from it] and the car felt really good then on.

"I managed to pass Mahadik and Rabindra in couple of laps and it was then to bring the car home. The pace was good, I am happy to end the season this way."

Meanwhile, Rabindra fended off a late challenge from Mahadik to secure second, the duo separated by just 0.142s at the chequered flag.

Behind, Ananth Shanmugam just finished outside of a podium spot in fourth, with Chittesh Mandody was classified a distant fifth.

Whereas, Ajay Kini finished less than a second adrift of Mandody in sixth, ahead of the fighting duo of Ricky Donison and Nayan Chatterjee.