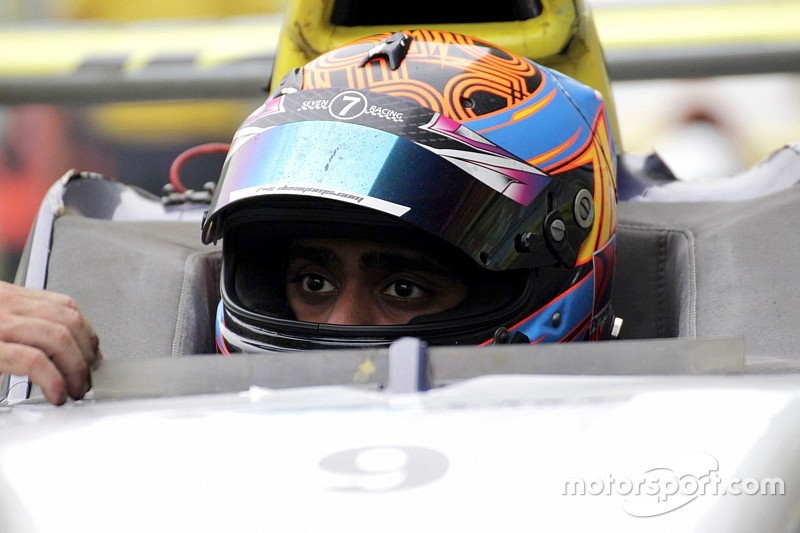 Nayan Chatterjee put on a heroic drive in the second race of the JK Tyre National Racing Championship title decider to bolster his chances of winning the Euro JK crown.

Title rivals Chatterjee and Tharani started from fifth and sixth on the grid respectively and both pqssed Bryan Perera on lap 1, before enganging in a private scrap for fourth.

Tharani initially passed Chatterjee, but the latter pounced back on lap 2 to retake the position.

Once ahead of his title rival, Chatterjee cleared Ashwin Datta and Manav Sharma on subsequent laps and then set about chasing Arya Singh for the lead.

Singh had established a 1.7s gap up front after overtaking pole-sitter Sharma early on, but Chatterjee managed to cut it down with a series of fastest laps.

By the start of lap 7 he was close enough to make a move - and successfully did so on the inside of turn 4.

He went on to take a dominant 4.263s win ahead of Singh, with Tharani finishing third to take the championship lead.

Datta’s hopes of lifting the Euro JK title took a big blow after he was adjudged with a 10-second penalty for jumping the start. He eventually finished eighth and last among the classified finishers.