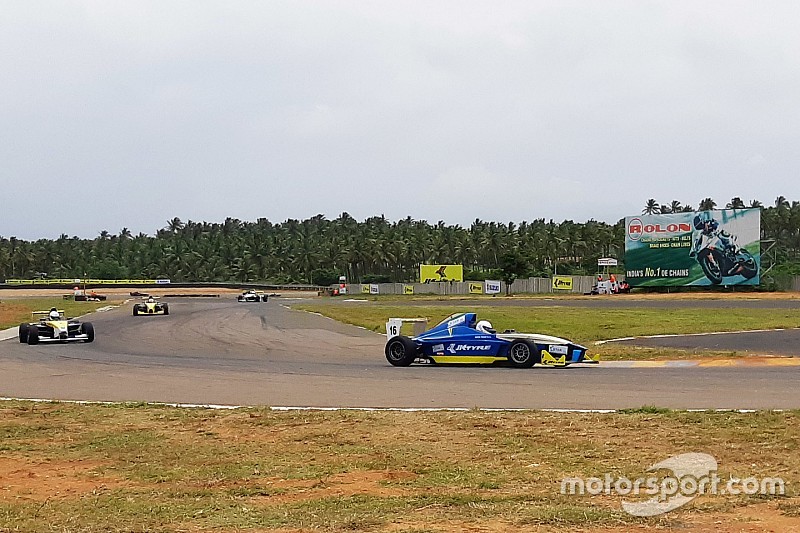 Karthik Tharani romped to a comfortable victory in the opening race of the JK Tyre Racing Championship at the Kari Motor Speedway on Saturday.

Polesitter Nayan Chatterjee got bogged down at the start with a snapped cable, allowing fellow front row starter Tharani to sneak through and assume the race lead.

Chatterjee then locked up braking into turn 1 and ran wide, a direct consequence of the aforementioned issue, and dropped to the back of the pack.

With his main rival out of contention, Tharani cruised to the finishing line, winning the race by a healthy margin of 1.898s.

Nirmal Uma Shankar was initially in the thick of the battle for the runner-up position, but managed to break away from the rest of the field to finish second.

Manav Sharma overtook Ashwin Datta in the closing stages of the race at turn 5 to grab the final spot on the podium, with Yash Aradhya and Sri Lanka’s Bryan Perera finishing within 0.7s of Datta in fifth and sixth respectively.

Arya Singh was seventh ahead of Chetan Korada and Sahil Shelar, while Mira Erda was last of the classified finishers in 10th.

Sudharshan Rao Karwa joined Chatterjee in the list of retirees.