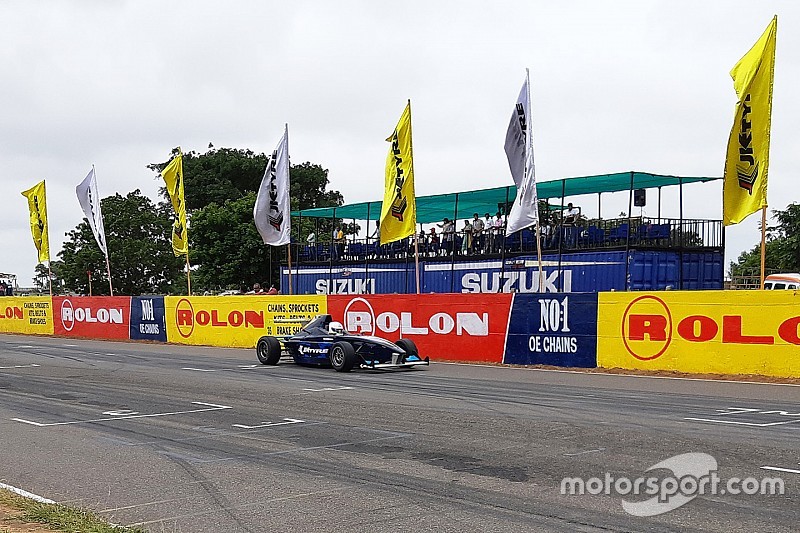 Perera once again got a clean getaway from pole position as fellow front row starter Nayan Chatterjee slipped behind Ashwin Datta with a relatively slow start.

Chatterjee managed to repass Datta with a typical turn 1 dive on lap 2, and then set about chasing Perera.

While Perera did lock up going into turn 1 on the following lap, he had enough speed to keep Chatterjee at bay for the remainder of the race, taking the victory by a margin of 1.770s.

Tharani briefly jumped into third with a brilliant move over Datta on the outside of turn 1, but dropped back to sixth a few corners later after being pushed wide off the track.

He did later manage to repass Yash Aradhya, who eventually finished just 0.432s adrift in sixth.

Manav Sharma took eighth, while Arya Singh and Sahil Shelar were last of the classified finishers in eighth and ninth.

Mira Erda retired from the race. Sudarshan Rao Karwal failed to make it to the start, while Chetan Korada was disqualified after his car was found underweight.