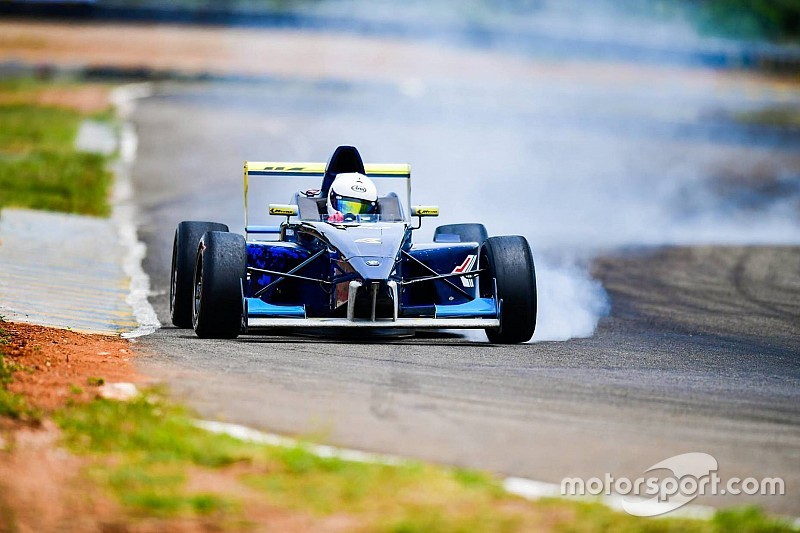 After water was found in the petrol supplied to the track, the race had to be postponed from Saturday afternoon to Sunday morning.

When it finally got underway, Perera eased away from pole position and never looked back, claiming the victory by a dominant margin of 3.809.s

Equally impressive was Nayan Chatterjee, who catapulted his way from 12th and last on the grid to finish in a very strong second position.

Ashwin Datta claimed the final spot on the podium after Yash Aradhya spun and dropped down the order, while Arya Singh and Manav Sharma completed the top five.

Race 1 winner Karthik Tharani’s car was clipped by Nirmal Uma Shankar at the start of the race, but he managed to recover from the incident to finish sixth.

Sahil Shekar was seventh seventh ahead of Chetan Korada, while Yash Aradhya and female racer Mira Erda were last of the classified finishers in ninth and 10th.

Uma Shankar and Sudarshan Rao Karpal were the two retirees from the race.