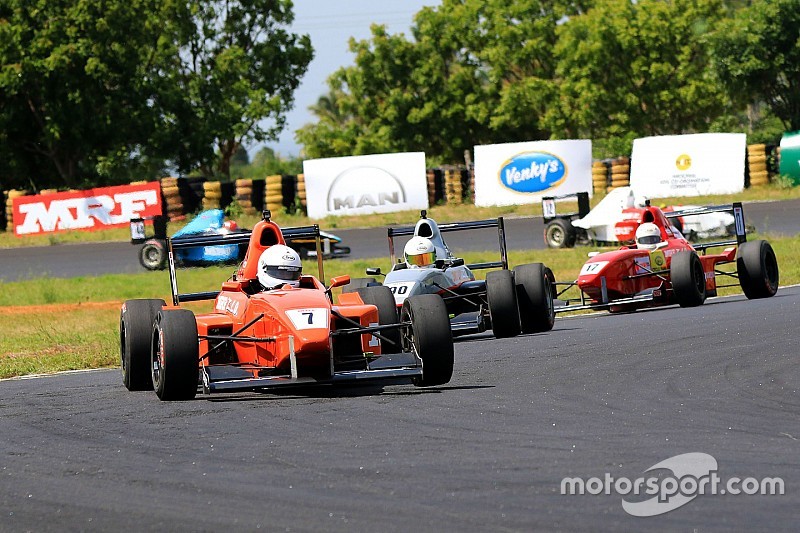 Ashwin Datta sweeped the opening round of the MRF F1600 series with victory in Race 3 on Sunday.

Polesitter Datta held the lead in the opening sequence of corners, but a huge shunt between Chetan Korada and Sandeep Kumar brought the race under safety car conditions.

Not long after the green flag was waved, Yash Aradhya was involved in a collision, leading to yet another SC period.

When racing finally resumed, Datta quickly broke away from rest of the field as second-placed Nirmal Umashankar came under pressure from Nayan Chatterjee and Raghul Rangasamy.

Chatterjee and Rangasamy dispatched Umashankar in quick succession on lap 9, but neither could prevent Datta from scoring his third straight win in the season opener.

Arya Singh and Karminder Singh set personal best times on the final lap to claim sixth and seventh positions, just ahead of Umashankar, who slipped down the order in the final third of the race.

The Chennai native was last of the classified finishers, as Korada, Nabil Hussain, Aradhya and Kumar all failed to see the chequered flag.