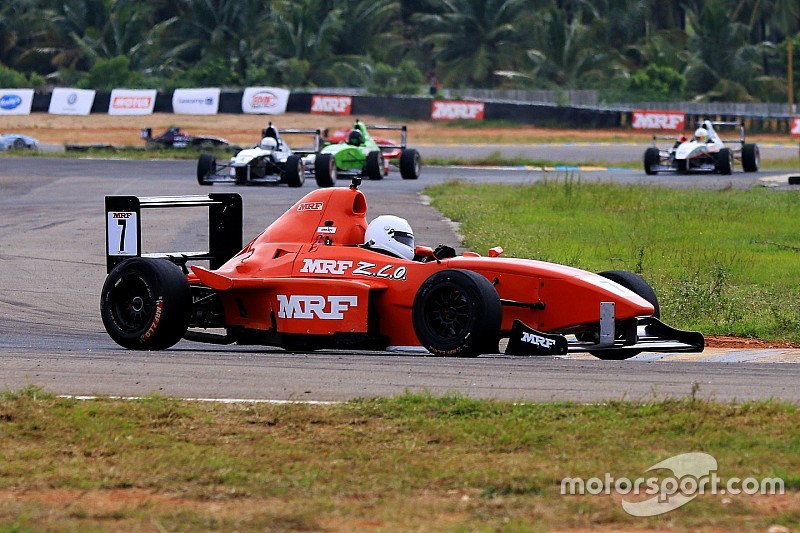 Ashwin Datta scored his second straight win in the opening round of MRF F1600 series at Coimbatore’s Kari Motor Speedway on Sunday.

Polesitter Yash Aradhya led the field at the start of the race, but a safety car triggered by a multi-car pile-up undid his good work.

Indeed, when the racing resumed on lap 4 his restart wasn’t as quick as his original getaway, allowing Datta to take the lead into turn 1.

Nirmal Umashankar also managed to pass Aradhya on the same lap, demoting Aradhya from first to third in a matter of few corners.

Datta, now the new race leader, initially managed to pull a gap from the rest of the field, before falling back into the clutches of Umashankar after the latter upped his pace.

However, Umashankar’s charge barely lasted for a few laps and Datta was able to draw himself clear again and take the win by 3.217s.

Umashankar later on made a mistake and dropped down to seventh, promoting Aradhya into second and Nabil Hussain onto the final podium spot.

Arya Singh was classified fifth, ahead of Keith Desouza and the aforementioned Umashankar.

Chetan Korada and Goutham Parekh were last of the classified finishers in eighth and ninth.

Raghul Rangasamy, Sandeep Kumar and Karminder Singh were the three retirees, all involved in a multi-car, first lap collission.