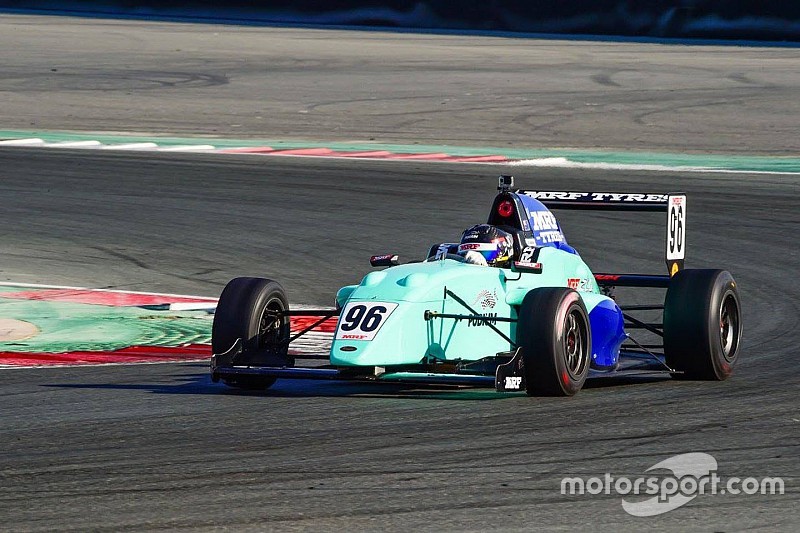 The start of the race saw Mawson move up to second from fourth on the grid, slotting himself behind race leader Rinus van Kalmthout, as top-six reverse grid polesitter Dylan Young dropped three places to fourth.

Mawson then wasted no time and cleared van Kalmthout on Lap 2 to take over the lead, as Felipe Drugovich followed suit shortly afterwards.

Behind the lead pack, Race 3 winner Harrison Newey suffered a major blow with mechanical issues forcing the British driver to retire on Lap 3.

Meanwhile, both Mick Schumacher and Juri Vips made inroads from the back of the grid to get inside the top five in the first four laps.

Schumacher made quick work of van Kalmthout to move to third, before suffering a puncture, which ended his race on Lap 5.

At the front, Mawson eased to a dominant win over Drugovich, with van Kalmthout ending up third before receiving a 10-second time penalty for a jump start.

This gave debutant Zane Goddard the final place on the podium after the Australian had a hefty back-and-forth battle with Vips, in the end coming on top of the Estonian by a mere 0.700s.

The most experienced MRF Challenge driver Dylan Young continued his points-scoring run for an eighth straight race with a fifth-place finish.

With van Kalmthout demoted down to eighth, the top 10 was completed by Manual Maldonado and Bobby Eberle, with Parth Ghorpade and Pavan Ravishanker joining Schumacher and Newey in the retirement list. Moraes Cardoso did not start the race.