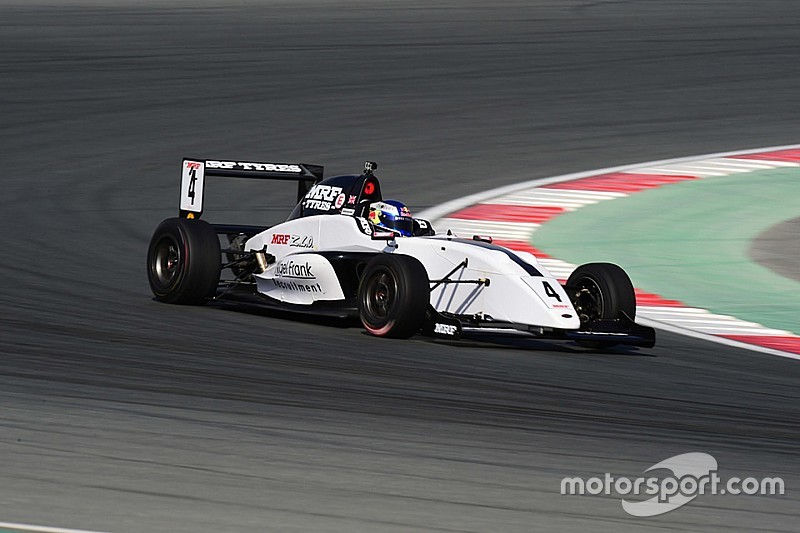 Harrison Newey topped both the practice sessions in Round 2 of the MRF Challenge at Dubai Autodrome on Thursday.

The British driver showed his experience around the circuit, where he raced last year clocking the fastest time of 1m57.942s in FP2, the only driver to dip into the 1m57s.

While Toby Sowery ended up second in the both the sessions, the British driver is not a part of the season and is only driving as a test runner.

And so Felipe Drugovich took second in the two sessions, the Brazilian continuing his impressive show in the championship.

Behind, German F4 champion Joey Mawson finished third in the second session, after ending up fourth in the morning run.

Meanwhile, championship leader Mick Schumacher improved from sixth to fourth in the day, as Juri Vips dropped from third to ninth in the two sessions.

Dutchman Rinus van Kalmthout was fifth fastest in FP2 after ending up in ninth in FP1, while German Kimi Schramm enjoyed top five run in first practice and finishing 10th in second.

Brazil's Moraes "Pedro" Cardoso (seventh in both) and Japan's Yoshiaki Katayama (eighth in both) were the only remaining drivers to finish inside the top 10 in both the sessions.