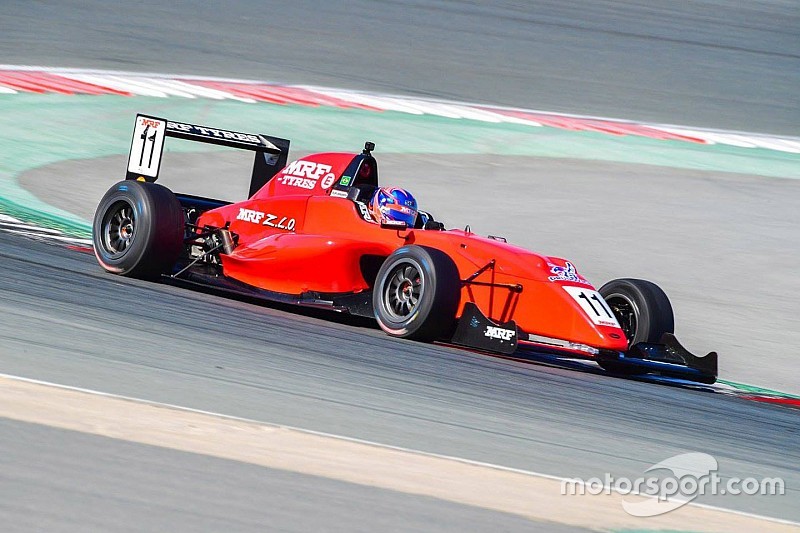 Felipe Drugovich cruised to victory in the first MRF Challenge race of the Dubai round to extend his lead at the top of the standings.

Once at front, the Brazilian managed a series of fastest laps, establishing a two-second buffer up front before settling into a rhythm.

With Euroformula Open podium finisher Alex Karkosik unable to put on a challenge in the second half of the race, Drugovich cruised to his third win of the season, taking the chequered flag by 2.253s.

USF2000 runner-up Rinus van Kalmthout closed in on Karkosik during the dying stages of the race, but ended up 0.582s adrift in third.

Julien Falchero finished nearly four seconds behind the podium trio in fourth, while the aforementioned Martono was classified another five tenths adrift in fifth.

Louis Gachot, Harri Jones and Michelangelo Amendola all held their starting positions to end up sixth, seventh and eighth respectively.

Manuel Maldonado, cousin of former F1 driver Pastor, was the only retirement from the race, the Venezuelan clattering with Robert Megennis on the penultimate lap while battling for ninth position.