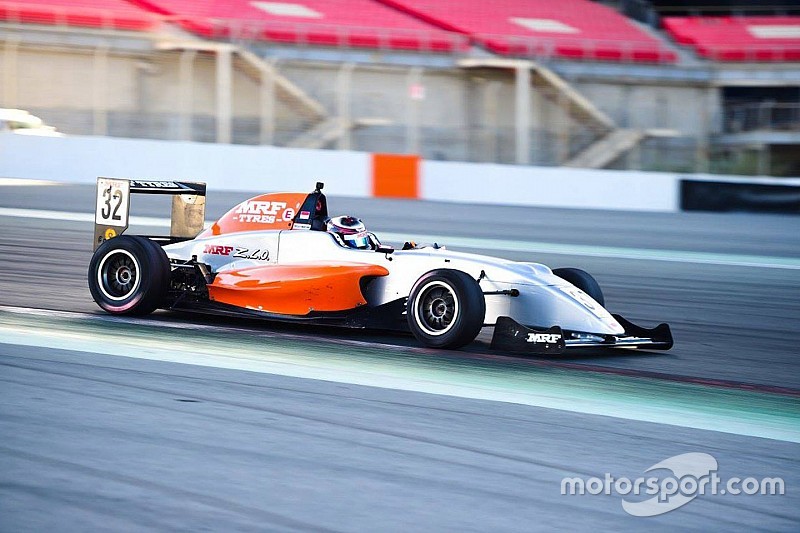 Indonesia’s Presley Martono claimed pole position for the second round of MRF Challenge in Dubai, edging out series leader Felipe Drugovich by just 0.034s in a tightly-contested qualifying.

Drugovich led the majority of the session, setting an initial benchmark of 1m57.263s before improving to 1m56.679s to further assert his authority at the top of the timesheets.

With five minutes left in qualifying, Martono dispatched Drugovich to move atop the order, clocking a time of 1m56.171s before going quicker still with 1m55.861s.

Drugovich responded back by lapping the Dubai Autodrome in 1m55.861s and then closed in within 0.006s of the Indonesian with a 1m55.867s lap.

However, Martono always had the edge over the Brazilian and settled the fight in his favour by setting a time of 1m55.833s on his final flyer to secure pole position.

Euroformula Open podium finisher Alex Karkosik qualified third on the grid, but finished nearly half a second behind the battling duo at the front.

Michelangelo Amendola was next up in eighth, while Robert Megennis and Manuel Maldonado completed the top 10.

How Reddy started racing at 23 and dominated Indian motorsport