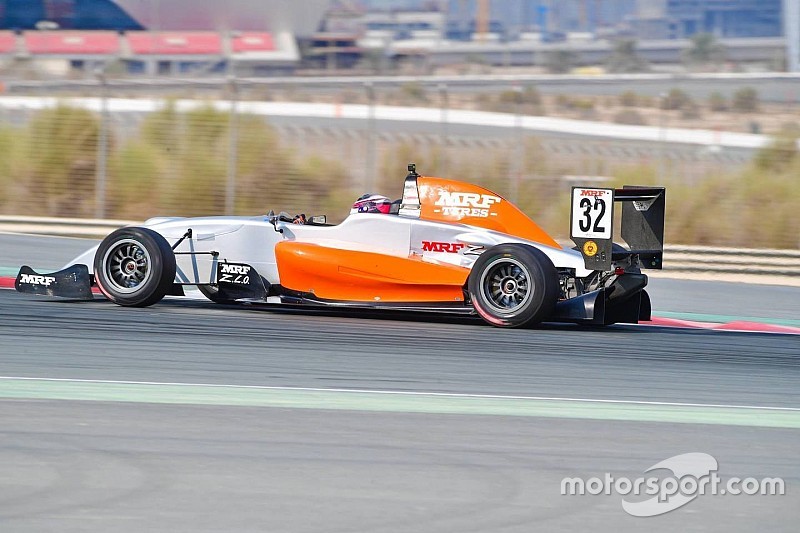 Martono got the better of pole-sitter Rinus van Kalmthout and took the lead on lap 1, but the Dutchman hung onto Martono’s tail to keep the fight open between the two.

The gap between the leading duo fluctuated between three and five tenths of a second, before third-placed Felipe Drugovich entered the picture.

The Brazilian, who leads the championship with four wins, passed Van Kalmthout on lap 7, but in doing so fell over a second behind Martono.

Over the remaining three laps, Drugovich brought the deficit down to 0.7s but was never in a position to deny Martono a maiden MRF Challenge win.

After falling behind Drugovich, van Kalmthout settled in third place, scoring his third podium of the weekend.

Robert Megennis was classified seventh, while Louis Gachot and Henning Enqvist were next up in eighth and ninth.

Manuel Maldonado claimed the final championship point in 10th despite tangling with Danial Frost on the opening lap, leading to the Singaporean's retirement.

Alex Karkosik and Pavan Ravishankar were originally classified fourth and 12th respectively, but were disqualified post-race for failing to serve a drive-through penalty.