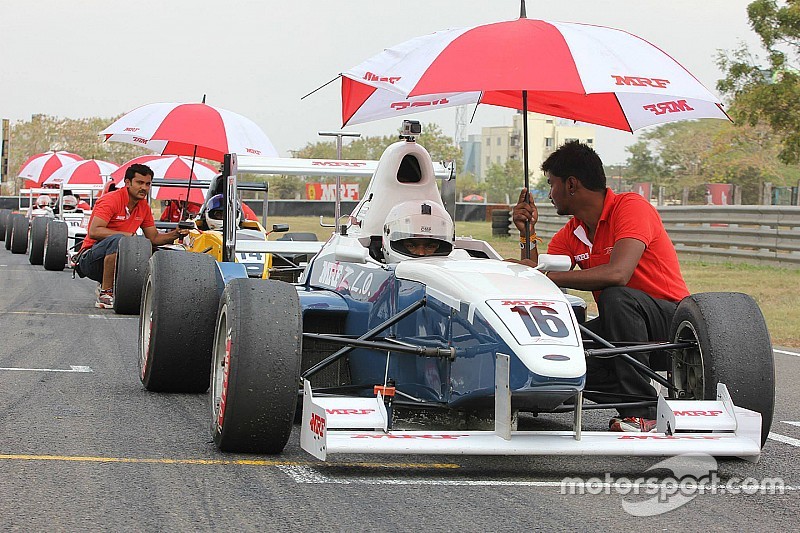 There was no stopping Karthik Tharani in the second round of the 2015 MRF 1600 championship as the home hero topped every session in Chennai.

It was a perfect weekend for Tharani as he heads to Coimbatore leading the championship by a margin of seven points over second place.

After winning both the races, Tharani sits on top with 80 points while championship rival Goutham Parekh is second with 73 points and Arjun Narendran third with 70.

"It feels fantastic to top all the sessions in a race weekend. This is the first I have done this in my single seater career," he said after race two.

"I have improved a lot over the year and feel I was driving really well. It was strategic race and I am happy, it worked in my favour," he concluded.

"Both races were really close and involved some great racing," he said. On his duel with Siddharth Trivellore, he added, "Siddharth [Trivellore] and I were having a great race but unfortunately we both ran wide letting Tharani through."

All set for Round 3 of MRF 1600 championship