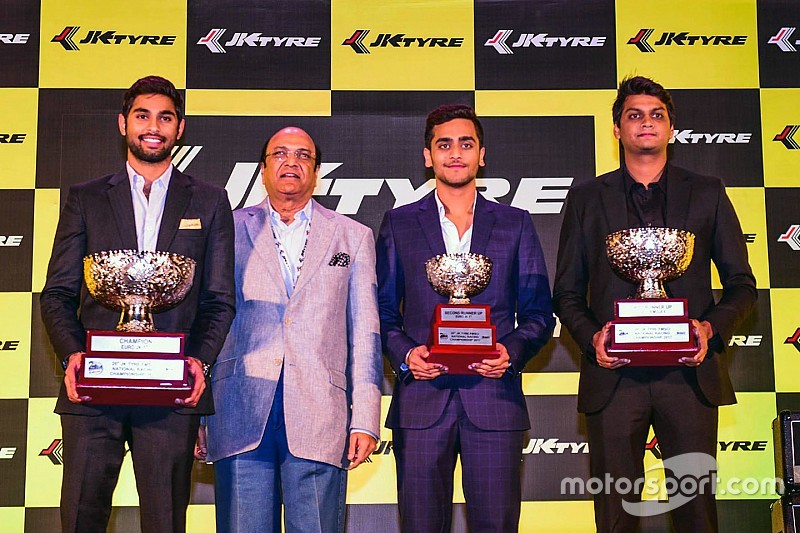 Reddy has been on a winning spree ever since he started racing at a professional level at the age of 23.

With titles in Vento Cup, MRF F1600 - which he won midway through 2017 - and last year’s JK Tyre Racing Championship, he was the favourite to emerge victorious this year, too.

However, to claim the ultimate prize he had to conquer over Vishnu Prasad, widely regarded as the best Indian driver not to get an international chance in recent times.

Prasad has won the JK Tyre Racing Championship thrice in the past, but was absent last year when the series introduced upgraded Euro JK cars.

Beating him in a head-on-head fight would have been the last step between Reddy and complete domination of Indian four-wheel racing.

However, Prasad is a hard nut to crack, as Reddy found out in the opening round of the championship in Coimbatore.

The Chennai-based driver clean sweeped the weekend, winning four out of four races to establish a mammoth 13-point lead in the championship.

He could have also won the first race of Round 2, had a technical failure not beset him on the final lap.

Despite the DNF compromising the rest of the weekend, he came back strongly to win the third race and held his championship lead intact.

Perpendicular shifts in third round

It was Round 3 where title slipped away from Prasad’s hands. The 24-year-old crashed out of the opening two races, with a podium and victory in the other two proving insufficient to make up for the lost points.

Reddy, meanwhile, finished all four races inside the top-five,  and also scored one win to seize the championship lead.

The Hyderabad-based driver was 14 points ahead of Prasad going into the final round at Buddh International Circuit, and with 40 points on offer there was all to play for.

However, it soon became clear than Reddy was on a league of his own at the former F1 facility. He qualified almost a second quicker than the rest of the field, ringing an ominous warning for his rivals.

Prasad, who had started the season so strongly, had no answer to Reddy as the latter clinched the title with one race to spare.

He eventually ended the season 27 points ahead of Prasad, a gap that is almost equivalent of three race wins. Incidentally, that’s the same number of DNFs Prasad had over the course of the season, giving an indication of where the championship slipped away from the Chennai-based driver’s hands

While Nayan Chatterjee never featured in the title fight, he was always there or thereabouts - consistently notching podium finishes and taking the odd win wherever possible.

The Hyderabad-based teen ended the season third in the standings, remarkably only eight points adrift of Prasad.