Maiden win for Peroni in India 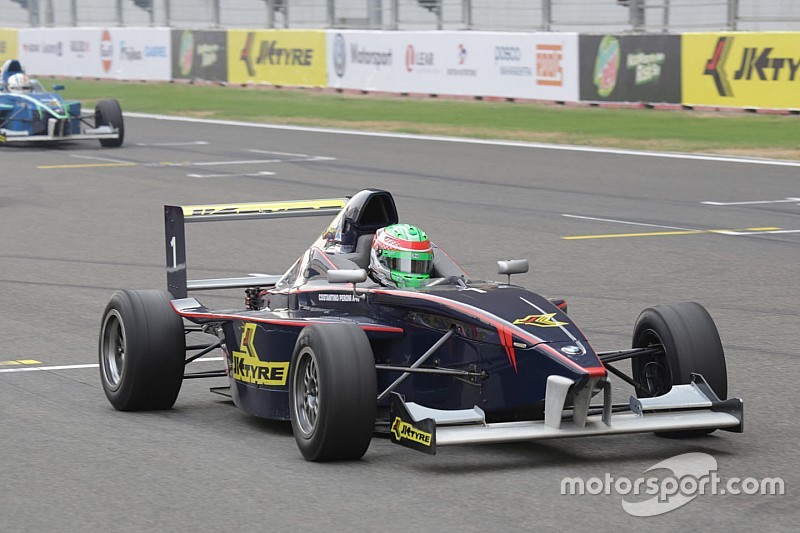 Young Italian Costantino Peroni notched up his first victory on the Indian soil after winning the final race in the third round of the JK Tyre weekend at Buddh International circuit.

It was an intense battle involving Peroni who was always under huge pressure from Krishnaraaj Mahadik and Sandeep Kumar at the start of the final race.

While Peroni led the way, Mahadik lost ground when Ananth Shanmugam got him after clearing Kumar while Vishnu Prasad was closing on this field behind.

With Kumar dropping out of the top five, Prasad was challenge by Karthik Tharani for fourth as Nayan Chatterjee and Akash Gowda were tussling closely for sixth.

Little by little, Peroni created enough buffer to keep his first place and claim his maiden win in the Indian series.

Shanmugam finished second while Prasad resisted the Tharani pressure by going even faster to displace Mahadik from the podium to finish third.

Tharani eventually finished fifth as Gowda was sixth ahead of Chatterjee, both separated by only 0.008s in the end.

Kumar was eighth while the top 10 was completed by Akhil Rabindra at ninth and Diljith TS 10th. Peroni not only got the win but also clocked the fastest lap with a time of 2m:09.948s.

Prasad wins the second JK Tyre race of the weekend