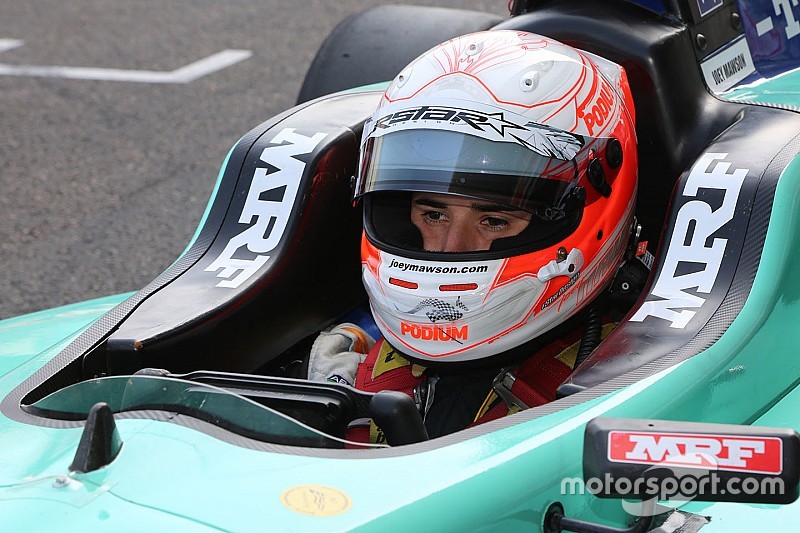 Joey Mawson says the circumstances in which he lost the 2016/17 MRF Challenge title during the season finale at Madras Motor Race Track left him hurt.

Mawson had a 27 points buffer over eventual winner Harrison Newey heading into the weekend, but with three wins in the finale, it was Newey who had the last laugh.

A spectacular turn of events saw the British driver capatilising on Mawson’s mistake in the final race to tie with the Australian on 277 points.

With the British driver having won seven races in the season to the 20-year-old’s three, Mawson had to be content with second place in the championship where he was the most consistent driver.

“I am not going to lie, it hurts to lose by so little and especially on the final lap, I guess I know now how Felipe Massa felt in 2008 (the Brazilian was beaten to the title by Lewis Hamilton in a dramatic final race at Interlagos),” the Australian told Motorsport.com.

“Yeah it’s tough [to digest], you win some and you lose some. I did my best, in the end there’s not much more I could do, just hurts when you lose by so little.

“[Overall] I think we were good. I was the only person to score points in all the races. We had the most podiums [12] of the year.

“And we were definitely by far the most consistent [on the grid]. We just probably lacked a win or two,” he added.

Mawson was in control in the final race of the season, leading Newey and Mick Schumacher until Lap 11 when a slight mistake allowed the duo to go through, dropping the Australian to third.

When asked on what happened in the corner, Mawson said: “To be honest, I was struggling with the car, right from the race start.

“I was managing to keep Harri behind [as much], and then I just had a twitch [in the corner], an oversteery moment which put me on the dirt.

“Harri had a lot of momentum and basically dived on me, which kind off push me onto the dirt, and I dropped back to third.

“By the time I had the time to get the tyres clean, they had such a big gap, there was no chance anymore,” he added.

With the winter period now over, Mawson’s next challenge is the European F3, where he will compete with the VAR outfit alongside Pedro Piquet and David Beckmann.

“I hope to win the rookie championship, I think that’s the realistic goal," he said. "Other than that, I don’t like to set too much goals.

"I just like to do my best and see how the season pans out. I have no doubt that it’s going to be difficult, with such talented drivers such as Lando [Norris] and Mick [Schumacher]."