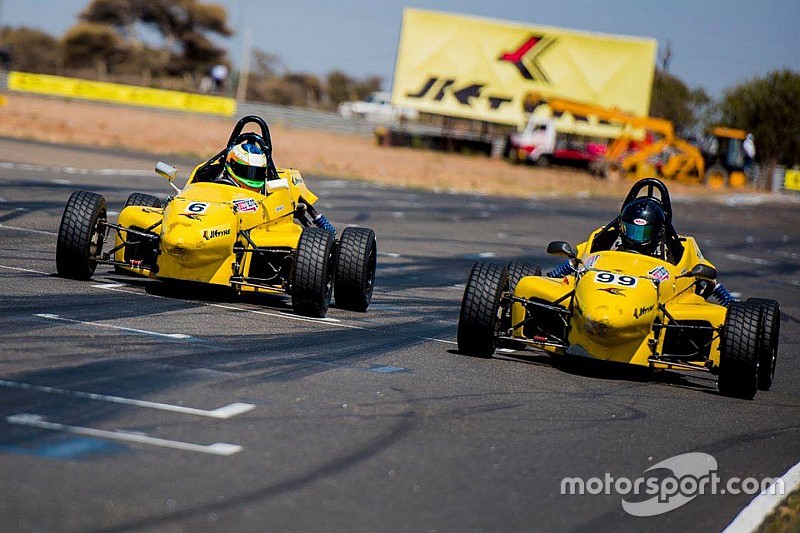 Vishnu Prasad grabbed his first LGB F4 title by beating long-time friend and rival Raghul Rangasamy in a season-long duel culminating in the final round at Buddh International Circuit.

The two Meco Motorsports teammates fought tooth and neck over the course of the season, often finishing less than a tenth adrift of each other in the races.

However, Prasad mostly had Rangasamy covered, taking wins by the thinnest of margins to add another championship to his kitty.

Story of the season

Prasad kicked off the season with a win and a second place in the three races ensuring a five point advantage over Rangasamy at the end of the first round, at Coimbatore.

The lead increased with Prasad winning two more races in the second round, but Rangasamy stayed in the fight by taking his maiden victory in Race 2.

In the third round, Prasad secured a clean sweep, albeit by a very thin margin from the Mahabalipuram-based driver.

The duo got involved in a hefty lap by lap battle in Race 1 and Race 3, leading to a drag-race style finish to decide the winner.

When the championship moved to BIC for the season finale, Prasad had already created a sizeable buffer of 15 points in his favour.

Despite the comfortable position he was in, the Chennai-born driver didn’t rest on his laurels, winning the first two races of the weekend to wrap up the title on Saturday itself.

He then went on to win the final race to cap off the season in style. Meanwhile, Rangasamy was second in all the three races to finish as the runner-up in the championship.

While the duel between Prasad and Rangasamy was the main theme of the season, several other drivers impressed for their own reasons.

Saran Vikram finished third in the championship as a privateer, beating several drivers from well-funded teams such as Dark Don and Meco Motorsports.

Delhi’s Rohit Khanna claimed a victory in the opening round en route to a fourth place finish in the standings, ahead of 2014 champion Diljith T S.

The two female drivers Mira Edra and Sneha Sharma were classified eighth and 10th respectively, finishing inside the Top 10 in the standings.