Reddy and Prasad to battle for JK Tyre crown 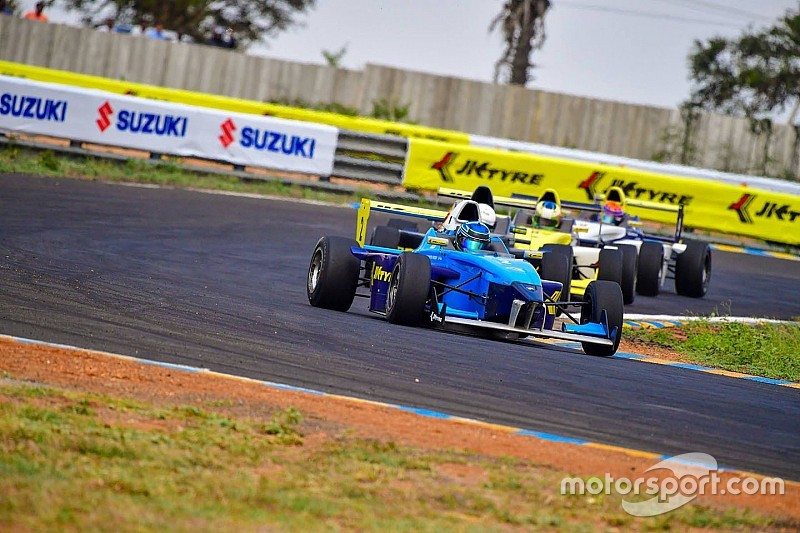 Anindith Reddy and Vishnu Prasad head to the final round of JK Tyre National Racing Championship as the firm favourites for the title.

After three rounds and 12 races at Coimbatore’s Kari Motor Speedway, the series moves to the Buddh International Circuit in Greater Noida for the grand finale.

At the start of the season Prasad looked like the man to beat. The Chennai-born driver clean sweeped the opening round with four out of four wins, despite having not raced the new generation of Euro JK cars which were introduced in 2016.

Given his form, one would have expected him to dominate the rest of the season and seal the title sooner rather than latter.

However, things started to slip away from his hands in the following two rounds. A technical problem while in the lead cost him crucial points in Round 2, while a spin while chasing Reddy in Round 3 proved equally costly.

While Prasad was having a difficult run of races, defending champion Reddy was consistently finishing on the podium, while also bagging victories wherever possible.

In all, he bagged maximum points in four of the eight races that comprised the middle part of the season, allowing him to snatch the championship lead from Prasad.

Heading into the final round he holds a 14 point lead over his Chennai-born rival, with 40 points on offer across the four races spread that are spread equally on Saturday and Sunday.

Apart from Reddy and Prasad, Hyderabad's Nayan Chatterjee, who impressed on his F4 SEA showing earlier this year, Vikash Anand and Australian guest racer Ricky Capo are the three men to have a close eye on.