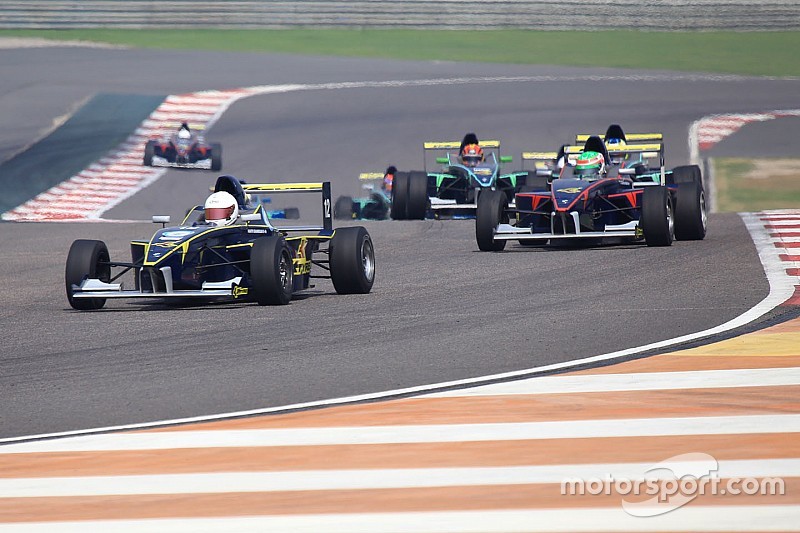 Reddy and Shanmugam are currently tied at the top of the standings with 76 points, with Chatterjee sitting just three points adrift in third place.

Any of the three can be crowned champion of the Indian Formula BMW series in the four races to run, taking the baton from three-time winner Vishnu Prasad.

While Chatterjee emerged as a clear forerunner in the first half of the season taking three wins in the first eighth races, however, the Mumbai-born driver’s fortunes nosedived in the third round, where he failed to score a single podium finish.

Chatterjee’s misfortunes coincided with an upturn in Reddy’s performance, who notched three wins in the penultimate round to take the joint lead in the standings.

Meanwhile, 2015 runner-up Shanmugam has risen to the occasion after an off-colour first round that was marred by technical gremlins.

The Singapore-based driver has been on the podium on every race since then, while also notching two victories, which has kept him in the hunt for the title.

Behind from the aforementioned trio, Dhruv Mohite is currently fourth in the standings, with Karthik Tharani completing the top five.

The Chennai-based driver has a battle on his hands with Akash Gowda, Ajay Kini and Mohammed Nalwalla on his tail - the four drivers separated by mere six points.

Euro JK Championship Standings (after Round 3):