Tatiana Calderon: “The most fun I’ve had racing for a long time!” 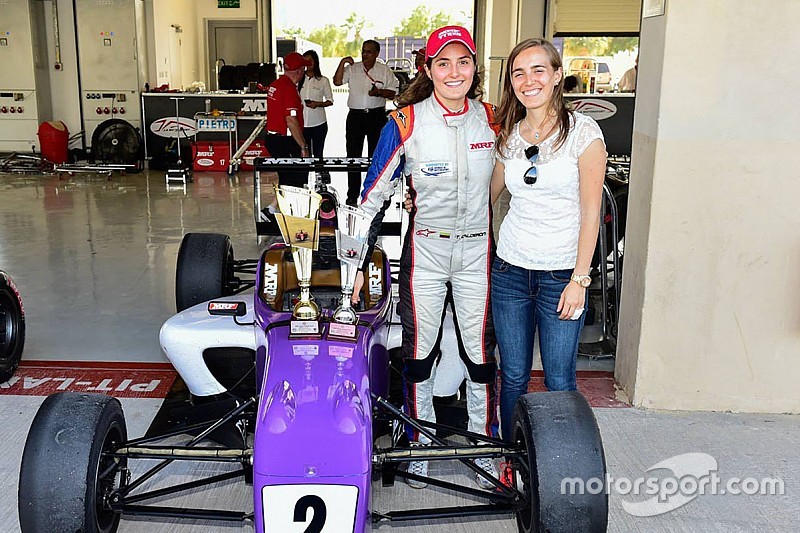 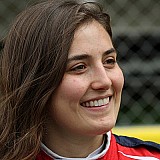 After taking three podium finishes in the MRF Challenge Formula 2000 series, Tatiana Calderon reflects on a successful outing in Abu Dhabi in her latest column.

Welcome to my latest Motorsport.com column! I didn’t expect to be writing another one of these so soon, but then again I wasn’t expecting to compete in the MRF Challenge in Abu Dhabi last weekend. I’m glad I did though, because it turned out to be the most enjoyable weekend of racing I’ve had for a long time!

The invite came at very short notice; I found out on the Sunday before the race that I was going to travel on Wednesday. We arrived at 4am on Thursday morning, and that day we did a seat fit and track walk before the start of free practice on Friday, so it was pretty intense!

In the MRF Challenge, all the cars are the same, and there’s no radio, just the pure feeling of the driver. You have an engineer shared by two drivers, and Pietro Fittipaldi was my teammate – we worked well together, although you couldn’t do too much with the set-up compared with an F3 car.

Having been third in practice, I was disappointed to qualify only P5, but in the first race I made a good start to move up to P4. Then Nikita Troitskiy comes from nowhere and lunges to my inside; if I had turned in we would have crashed, so I had to be smart and let him through – as it was the first race of the weekend, I was happy to settle for P5, which put me second on the grid for Race 2.

I had a few doubts on whether I should change my visor as we were racing under the lights for that one – a cool experience! I kept my distance behind Tarun Reddy for most of the distance, then pushed hard towards the end. It came down to the last lap: at the hairpin leading on to the back straight, he opened the door, and I went for it!

We touched and we locked wheels a bit, allowing Troitskiy through to win, but despite having a damaged front wing I was able to defend from Fittipaldi to hang on to second. Although the result could have been better, I was at least happy knowing I did everything I could to win.

The next day, I started P4 for race three based on my second-best lap from qualifying. Another good start got me ahead of Fittipaldi up into third, and then I was fighting with Jake Dennis. Fittipaldi came by me again, but he couldn’t pass Dennis until he ran wide on the second-to-last lap and hit a cone!

It got lodged under his car, which cost him some performance, so I could catch and pass him on the last lap and finish third and get back on the podium.

That put me P4 on the grid for the final race, and I passed Troitskiy at the second corner for P3 before putting pressure on Reddy. On the last lap, at the same corner I tried to make the move in race two, he covered the inside, getting a bad exit on to the back straight.

Meanwhile, I got a great exit, going to the outside for the next corner and forcing him to brake late. He overshot the turn, and I cut back and snatched the place – in the end, we crossed the line only 0.13 seconds apart!

It was a very enjoyable battle, and a great way to round off a brilliant weekend.  I’m not sure yet if I’ll be back for the next MRF round in Bahrain, but since I’m third in the points, I hope I’ll get another invitation and be able to fight for more podiums and maybe a win!