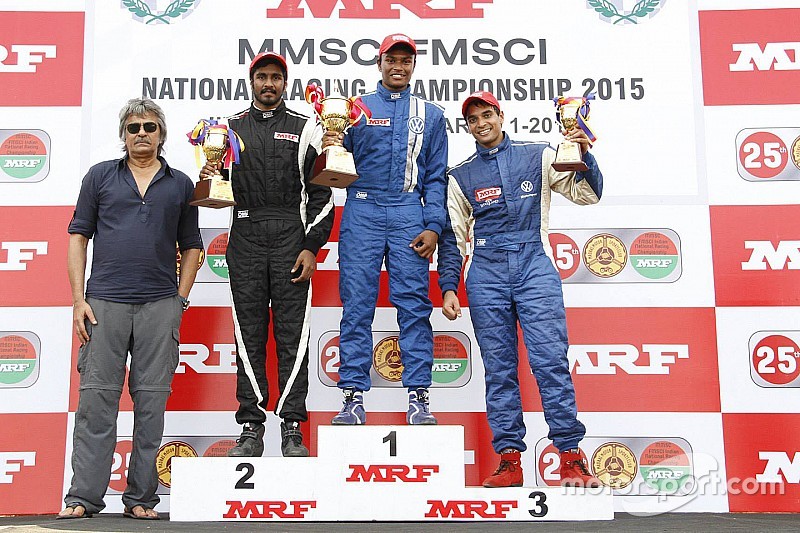 After topping the two practice sessions, qualifying on pole for Race 1 and winning it, Karthik Tharani won the Race 2 of the MRF 1600 weekend to take the lead of the championship.

The Chennai-based driver was in supreme form in his home track as he dominated proceedings right from Friday to Sunday at the Madras Motor Race Track (MMRT).

Siddharth Trivellore started on pole alongside Arjun Narendran for Race 2 of the weekend in the reverse grid format; Trivellore got a good start and stayed ahead of the Coimbatore-based driver.

Behind them, Tharani and Goutham Parekh were close enough to chase the leading pack, as the four drivers were separated by only 1.5 seconds.

But a costly move from Narendran in lap seven on Trivellore for the lead pushed both wide which helped Tharani to make the most of the opportunity and take the lead.

He then took the chequered flag to clean sweep the weekend with Narendran finishing second ahead of Trivellore at third; the latter getting his first podium of the season.