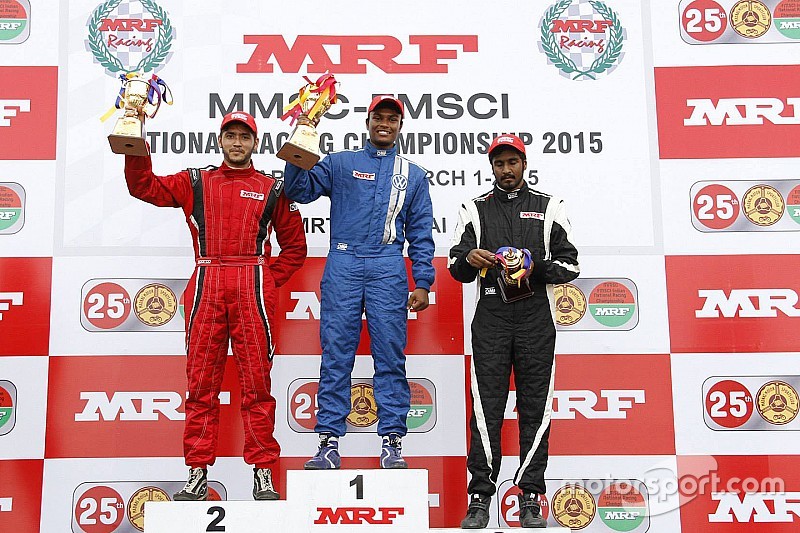 Karthik Tharani held on to his lead starting from pole in the Race 1 of the MRF 1600 weekend at Chennai securing a win at home.

Riding high on confidence after securing pole with a time of 1:41.886, being the only driver to dip into the 1:41s barrier, Tharani won race one of the MRF weekend at Madras Motor Race Track.

There was no pressure on Tharani as he pulled away from the pack fairly quickly after a clean start. Behind him, Arjun Narendran and Goutham Parekh were in a battle of their own for second position.

Narendran made a mistake which helped Parekh to take second position on the straight heading into the Anands corner.

Tharani drove a calm race till the chequered flag and ensured three different winners in three races of the season. Parekh finished second while Narendran slotted in at third.

Narendran triples up his wins this weekend