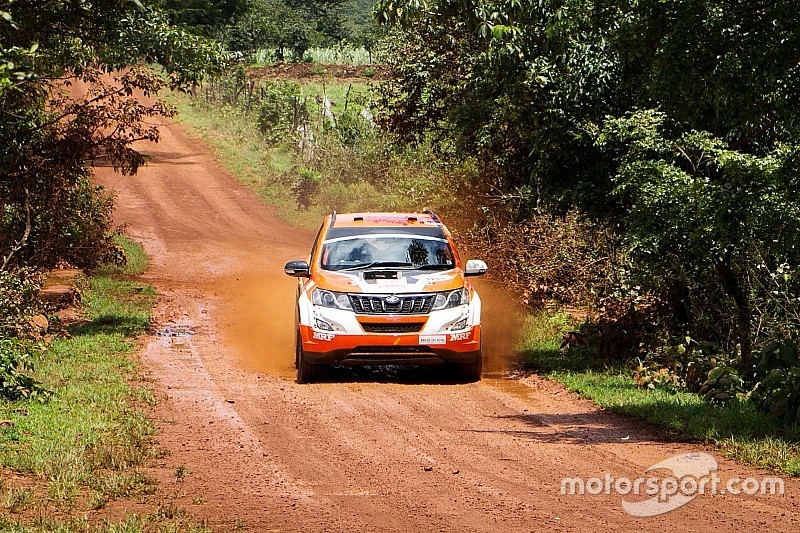 Mahindra made its first appearance in Dakshin Dare since 2014 as part of a wider return to the domestic cross-country rally scene.

It fielded a three-strong line-up of Gill, Philippos Matthai and Amittrajit Ghosh and although Ghosh dropped out of contention on Day 3, the latter two remained untroubled at the front of the pack.

Gill eventually ended the five-day rally with a healthy margin of 14m12s over Mathai, who himself returned from a rally sabbatical last year in the Raid de Himalaya.

Samrat Yadav finished as the top Maruti driver in third, overtaking teammate Sandeep Sharma on the penultimate day of the event.

Yadav was driving a factory-prepared S-Cross, a departure from the Gypsy he’s accustomed to from his days of being a privateer.

5-time Dakshin Dare winner Suresh Rana, who was expected to take the fight to Mahindra, suffered a puncture in the opening leg that left him 11th in the timesheets.

He managed to recover from the incident but was unable to make much of a dent at the front of the field, finishing behind his Maruti teammates in fifth.

While Yadav and Sharma were experimenting with newer generation Maruti cars - Sharma driving a Brezza - Rana sticked to his old and reliable Grand Vitara.

Meanwhile, Himanshu Arora finished as the top privateer in sixth, followed by Harpreet Bawa and Chandan Gowda. The top 10 was completed by Sharfraz Junaid and Dhruva Chandrasekhar.

Ghosh, who initially looked set to finish third for Mahindra, suffered damage to his Super XUV500’s fuel coupler just three kilometres from the finishing line in Leg 4, with the incident forcing his retirement.

Vinay Prasad took claimed a comfortable win in the Moto category, which lost some of its shine due to lack of manufacturer entries.

Akash Aital was en route to a second place finish until trouble struck him on the last leg, promoting Vishwas S D and Yuva Kumar to podium positions.

The 2018 Dakshin Dare began in Bangalore on Monday and ran for over 2000km, transversing through the states of Karnataka and Maharashtra before concluding in Goa on Friday.