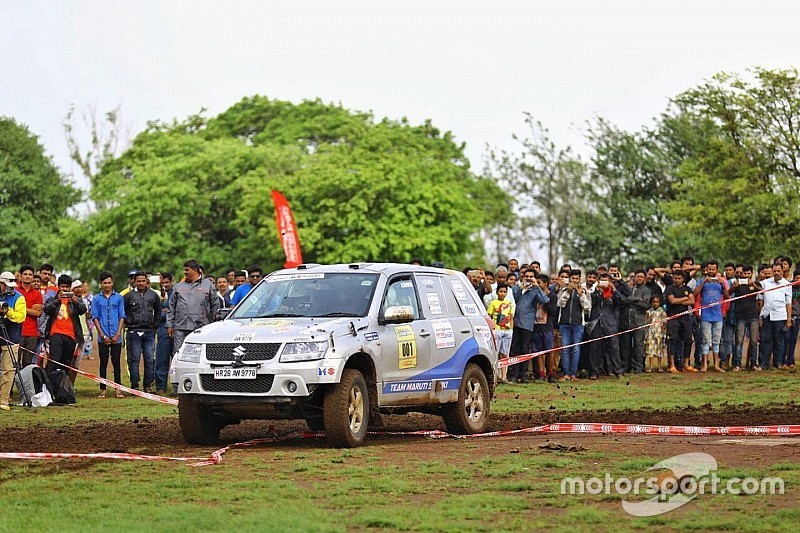 Friday’s final leg stretched 500 km from Kolhapur to Pune, comprising of a 70.88 km tarmac stage in the Western Ghats. Ultimate Cars competitors had to cross it twice, while the bike riders had to pass through it only once.

A landslide occurred five km into the stage, delaying the proceedings by over an hour. When the stage finally got going, Rana was quick to safeguard his lead over chief rival Samrat Yadav, which stood at just 38s before the start of the leg.

After Rana, Yadav was next to take the start, but a broken front differential left him peerless to challenge for the overall honours. The Manali-born driver was therefore able to successfully defend his crown with a total time of 10hr11m26s.

Yadav, who topped three out of the five legs, had to settle for the second spot, while Sandeep Sharma completed the podium positions.

Harvinder Bhola finished nearly half an hour behind Rana in fourth, while Gaurav Chiripal was another two minutes adrift in fifth.

Sanjay Kumar, who topped the opening leg but steadily fell behind the top two runners as days worse on, finished third with a time of 6hr26m53s.

Rajendra R E made it three TVS bikes in the top four, while Srinivasa was classified fifth astride a Hero Impulse.