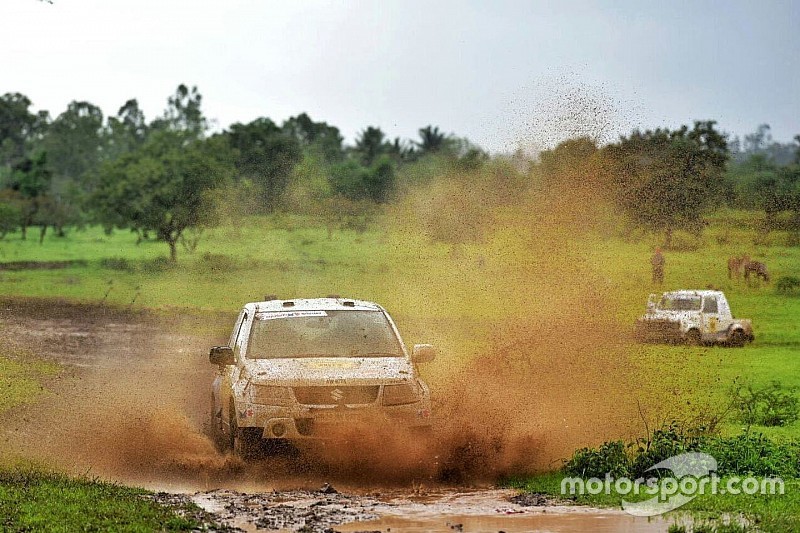 Team Maruti Suzuki driver Suresh Rana and TVS Racing’s R Nataraj continue to lead the 2017 edition of the Dakshin Dare cross-country rally after the conclusion of the penultimate leg on Thursday.

Heavy showers and poor visibility led to cancellation of two stages in the morning, with only a single 28.13 km stage held near Belgaum.

The afternoon’s Super Special Stage, however, continued as per plan on a slushy 2 km, artificially-prepared track near Kolhapur

Despite the added challenge due to poor weather conditions, Rana managed to hold on to the lead in his Grand Vitara, but saw his advantage trimmed down to just 38s.

The Manali-born driver has completed the four legs held so far in 7hr21m13s, with Samrat Yadav marginally behind with a time of 7hr21m51s.

Two-time Dakshin Dare winner Sandeep Sharma dropped 15m36s behind the leading duo after his Gypsy got stuck in slush for several minutes in the Super Special.

Meanwhile, Nataraj continues to hold a firm lead in the Moto category from TVS teammate Abdul Wahid. The two riders are separated by 2m33s with one leg still remaining.

Sanjay Yadav, who topped the opening leg, has fallen nearly seven minutes behind the leaders and is unlikely to be in contention for victory unless something dramatic happens on Friday.