Metge, who has prior experience of four Dakar outings including three with Sherco TVS, was in a league of his own in the opening half of the rally as he built a near unassailable nine-minute advantage in the first two legs alone.

Santosh tried to cut into the gap by winning the marathon stage and subsequently the final leg on Saturday, but that wasn’t enough to dethrone the TVS rider from top of the charts.

Metge eventually took the top spot by 5min35s, with Abdul Wahid Tanveer finishing another 17 minutes behind in third to make it two TVS riders on the podium.

“I am delighted to have won Desert Storm 2019," Metge said. "Today was a short stage and I covered the route in good time as I have become familiar with the Jaisalmer terrain.

"There was a dust storm early in the stage but I kept my cool and put my A Game in motion to secure this win for TVS Racing.

"The support of the crew was fantastic throughout the rally and kept me going. I want to thank the entire TVS Racing team for their support. "

R Nataraj finished fourth for TVS, while teammate Aishwarya Pissay was classified 16th despite suffering a DNF in the penultimate stage.

With factory riders from Hero and TVS locking out the top four spots, Vishwas SD finished as the top privateer in fifth.

The final leg of the rally spanned across 220km and was largely held in the dunes near Jaisalmer, with overnight rain and early morning dust adding two additional elements of challenge.

Anish Shetty, who raced for Honda in the Asia Road Racing Championship last year, impressed in the conditions despite his lack of rally experience, setting the fifth quickest time in the final leg. 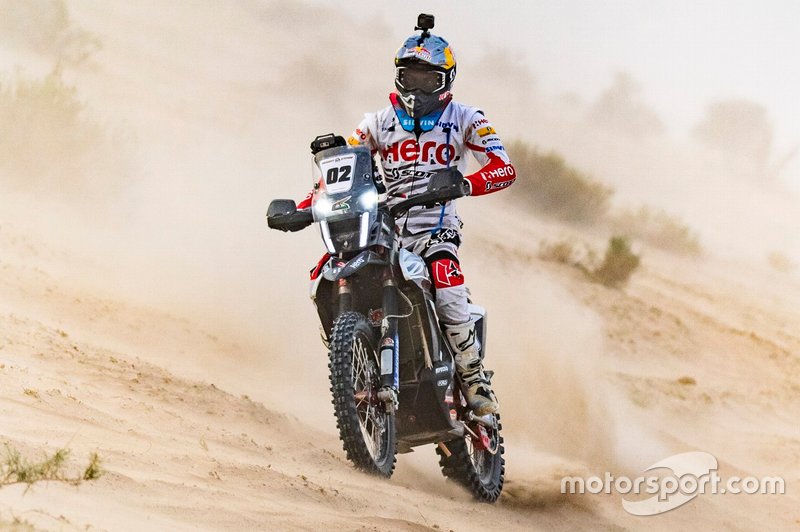