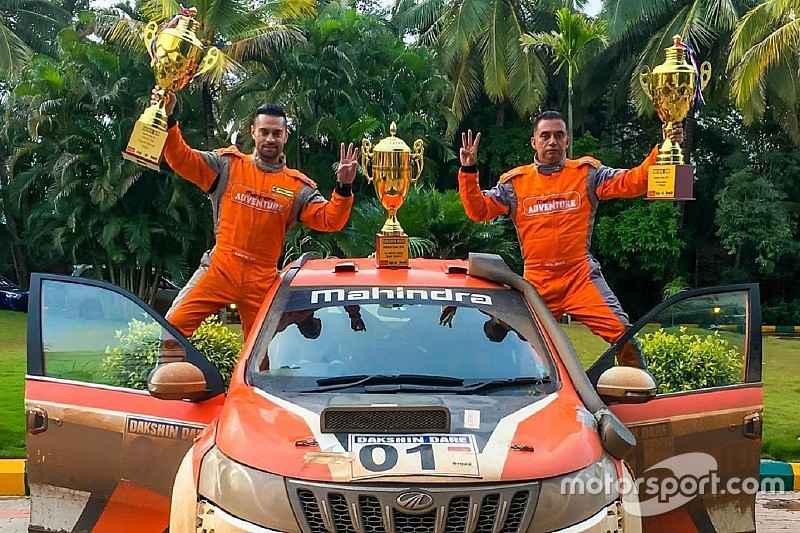 Mahindra Adventure driver Gaurav Gill maintained his unbeaten record in Dakshin Dare with an easy run to victory in the 2019 edition of the event.

Driving the Super XUV500 shod with JK Tyres, Gill won seven of the nine stages over the course of four days to register this third victory in the South Indian cross-country rally.

Gill won all three stages on the opening day to build an early lead, but dropped behind Mahindra teammate Phillipos Matthai after a relatively tardy second day.

However, it took him little time to overturn the 47.261s deficit on Day 3, and he eventually claimed victory by well over eight minutes after four straight days of rallying.

“I am really excited to win the Dare once again,”Gill said. “This is my third Dakshin Dare title and I am really very happy with this achievement.

“The stages were very challenging but I believe we had a very good car at our disposal and our tyres indeed helped us in maneuvering these treacherous stages. I would like to thank my tuners and mechanics for preparing such a fine car.”

Matthai eventually dropped to 16th in the final classifications, seven places behind the other factory Mahindra of Amittrajit Ghosh.

The bikes category was an all-privateer affair, with TVS electing not to take part in the event this year.

Team Harjee’s Sanjay claimed the top spot astride a KTM 500 EXC, ahead of the Hero Xpulse of Yuva Kumar and Naresh VS’ Honda CRF 450.