Hero and TVS to battle for India Baja crown 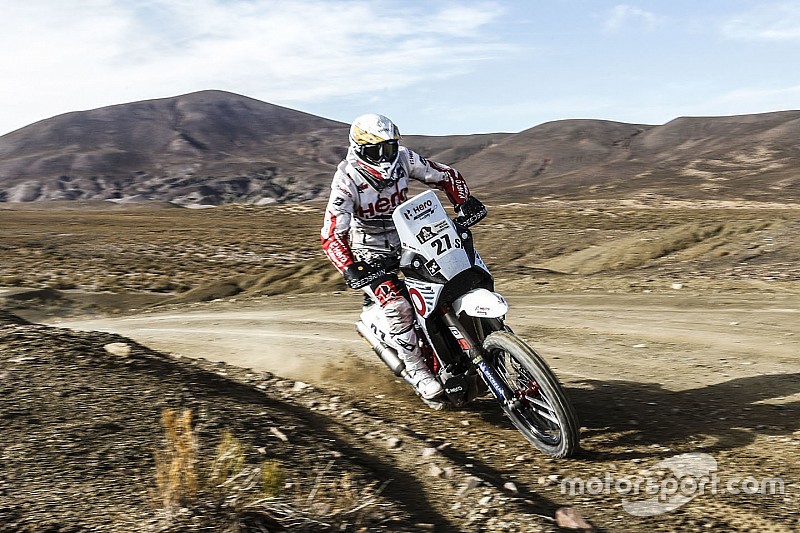 Hero and TVS will battle for supremacy in the second edition of India Baja in Jaisalmer this weekend.

Having competed for two-wheeler sales for several decades, the two Indian manufacturers will now blow horns in cross-country rallying.

The score between the two companies is tied in the run up to India Baja; while Hero had the upper hand in the prestigious Dakar Rally in South America, TVS emerged victorious in the Rajasthan-based Desert Storm.

Hero is a relative newcomer to cross-country rallying, having launched its own team last year in partnership with Germany’s Speedbrain.

TVS, by contrast, has competed in Indian cross-country rallies for several years with its factory team. It also has its presence internationally, having partnered up with French company Sherco Racing for Dakar.

Hero - which will take part in its second rally in India after Desert Storm - will field a single bike in India Baja, propelled by Joaquim Rodrigues, who finished 12th at Dakar earlier this year

India’s first Dakar finisher CS Santosh was expected to partner Rodrigues, but has been forced to miss the event on doctor’s advice following an injury sustained in Desert Storm.

Hero will receive strong competition from TVS Racing, who will field a four-strong line-up in India Baja.

The competition is likely to be hot in the cars category as well, with several of India’s top cross-country drivers set to take part in the event.

Raj Singh Rathore will be driving one of Polaris' off-road vehicles, which have already proven their worth with victory in India’s most prestigious rally, Raid de Himalaya in 2015.

Veteran rallyist Sunny Sidhu and Niju Padia are among other notable drivers to take part in India Baja.

What separates India Baja from traditional cross-country rallies is its format. Competitors are required to cover over 400 km of competitive distance within two days, with night stages adding to the challenge.

Rajasthan’s dunes and high-temperatures also take a toll on competitors and their machines.

Last year, 29 bikes and 32 cars took to the start line. Only seven bikes and 10 cars reached the chequered flag, the finishing rate being less than 30%.

India Baja has been added to Dakar Challenge, a scheme by ASO which grants a free entry to the bike class winner in Merzouga Dakar rallies.

Aravind KP, however, doesn’t qualify for this scheme, having already competed in Dakar earlier this year.

Santosh to miss India Baja due to injury