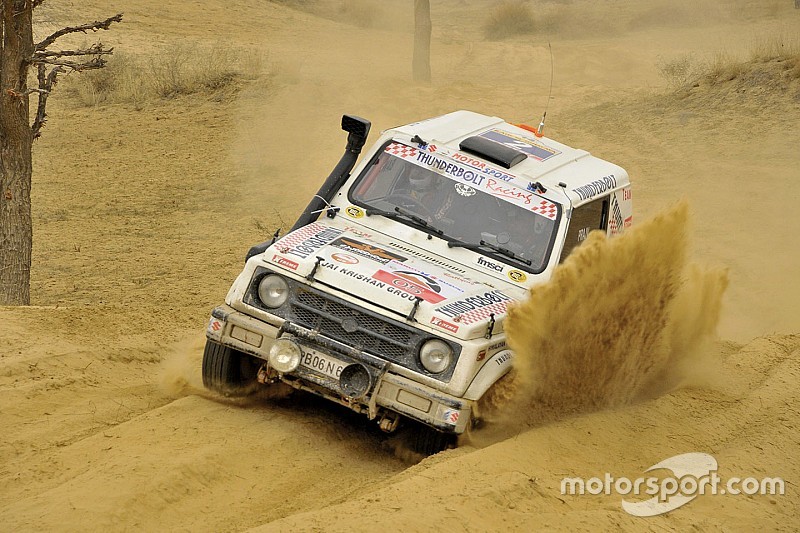 Maruti Suzuki is mulling a potential entry in the Indian Rally Championship in next “one-two years”, according to the manufacturer’s affiliated driver Suresh Rana.

Maruti is currently a major player in the national cross-country rallying scene and is the official promoter of Raid de Himalaya, Dakshin Dare and Desert Storm rallies.

They field several factory-prepared Grand Vitaras, while their Gypsy has been the mainstay vehicle in all off-road events in the country for several decades. The Gypsy Cup has been a popular category in the INRC for many years too.

The Delhi-based manufacturer is currently holding discussions about entering the IRC, where it can go head-to-head against Mahindra and customer entries from Volkswagen, among others.

It remains to be seen which car Maruti will choose to enter the IRC. While the easiest and the most economical option would be to participate with the proven Grand Vitara, a more mainstream vehicle will allow the Japanese manufacturer to gain higher marketing benefits.

“I’m trying my best to have my car in IRC, like a Baleno or an S-Cross,” Rana told Motorsport.com.

“I want Maruti to participate in the IRC and there have been discussions. I believe within one-two years you’ll see Maruti in IRC with an entire team.”

Rana, however, ruled out Maruti taking part in the India round of Asia-Pacific Rally Championship, citing the quality of vehicles used in the intercontinental series.

“If they want they can come but the question is about the car,” he explained. “It has to be of the level [of APRC]. Right now our cars aren’t of that level.

“The focus is currently on cross-country rallying. And there are other events like autocross, so Maruti has a busy schedule. The full focus can be on the IRC. If they want, I would like to compete in the IRC, but it will be at the will of Maruti.”