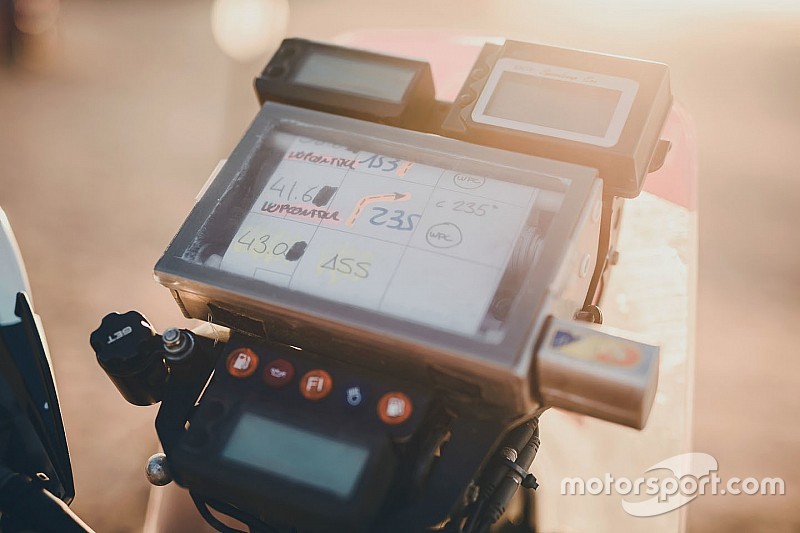 Sherco TVS ace Adrien Metge says Indian cross-country rallies need to ramp up security around their events before they can consider replacing GPS devices with roadbooks.

Riders who compete in cross-country rallies in India rely on conventional GPS devices for navigation, meaning they have no experience of reading roadbooks when they start competing abroad.

Metge believes introducing digital roadbooks - which are installed on the bike’s dashboard and need to be flicked through using a lever - will mark the next step for cross-country rallies in India.

However, he stressed that the organisers should ensure that they can reach the riders in a timely manner in case of a major crash.

“Yeah, it’s a good thing for the riders,” Metge told reporters including Motorsport.com India after winning the Desert Storm rally for TVS.

“But for sure the race needs more security because it’s easy to get lost with roadbooks. And I don’t know there is a border or something like that [near Jaisalmer where Desert Storm is held] so it’s a little bit dangerous.

“In Dakar for example, all the rally we have some things on our bike. They know where we are each second [using the] tracker.

“So if we crash and we are not able to do nothing because we are [in] bad [health], they will see because these things can know your bike is like that [fallen on the ground].

“So the organisation receives something and they know where we are. So they will try to call you on this machine and [if] you don’t reply a helicopter will come directly, immediately.

“Here you know with roadbook they can get lost, can crash. It’s not on the track because you get lost and you don’t know where he is and if he is [in] bad [shape]. Maybe search for him for long time. So roadbook is good but if you do it you need to bring more security.” 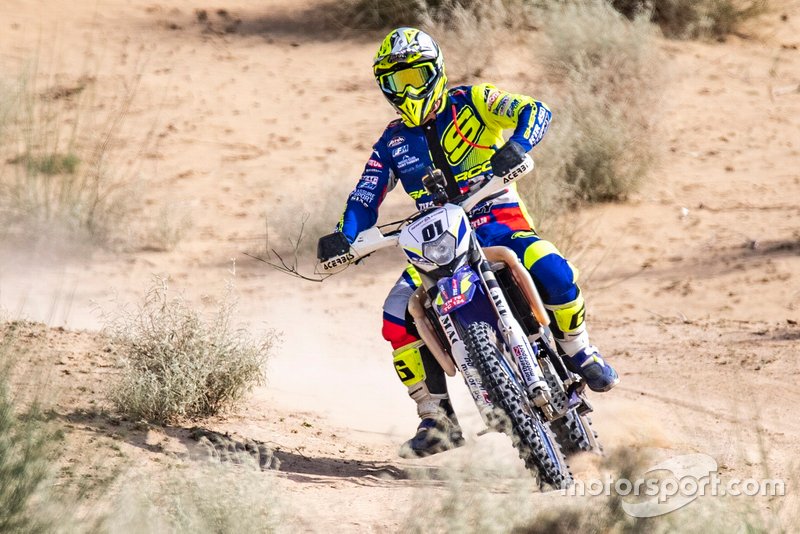 Metge shared his own journey from motorcross to Dakar, revealing how he started actively competing when he was just 10-year-old.

“I began with motocross,” he explained. “I think my first race is around 10 years. Until 18 years old I raced motocross and when I got driving license I rode enduro for 10 years.

“And after I had the opportunity to rally. But yeah for sure rider, motocross rider, we begin very early in France, you can start to race 5 or 6 years old with 50cc.

Asked to give his verdict on the performance of his Sherco TVS teammates, including Abdul Wahid Tanveer who also competed in Desert Storm, Metge said he was impressed by their skills, particularly as they started rallying at a much later age than those born in Europe.

“They are riding well,” he said. “Now I know them because I’m in Sherco TVS team since three years. Abdul, Arvind KP, now Harith Noah, I know them very well.

“And we talk and [they told me] we start to ride and start to race very late. So regarding this their level is good. They are riding since a lot well.”

The French rider hopes that riders like Arvind KP, Tanveer  - and even Hero’s CS Santosh - will act as an inspiration for the next generation of Indian rallying stars - and potentially bring down the age of entry in the sport.

“Something important now I hope [is that] very young [riders] will follow them and they will begin to ride very young,” he said. “Like that they have time to improve the level and be a top rider in the future.”

He added: “When you do it, your level improves very well and when you start very young like that you learn easy. It’s easy to learn. That’s very important, beginning [at an early age].”