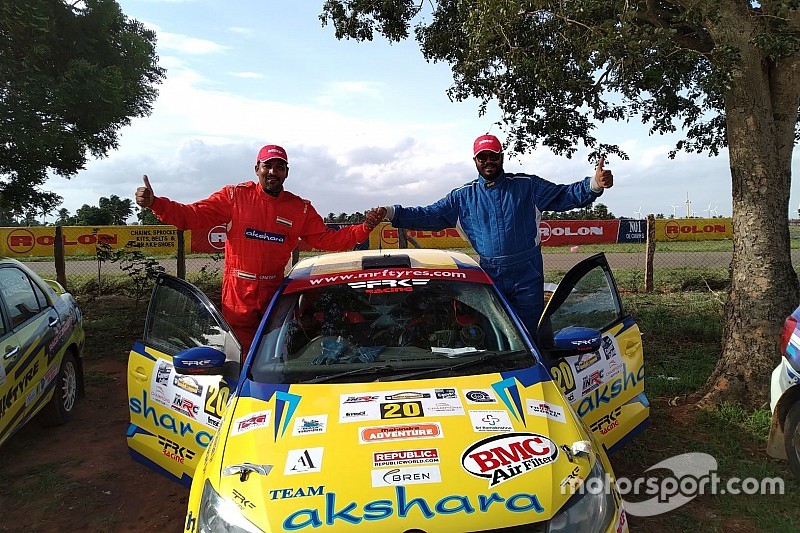 Shivram entered the final day of the two-day rally with a slender four-second lead over privateer Suhem Kabeer, and 19 seconds clear of Younas Ilyas.

However, Kabeer lost six minutes stuck in slush, leaving Ilyas as Shivram’s chief rival as the rally neared its conclusion.

Ilyas won two of the Sunday’s three stages but fell 4.6s short of overhauling Shivram, who managed to dissipate the threat from the JK Tyre-backed driver and hold onto the overall win.

“We went flat-out in the first stage today as the gap between us and Fabid was really narrow. So we decided to try and increase the gap first and then play safe,” Chetan, who was driving a Volkswagen Polo, said. “Suhem lost a lot time in that stage, making it just a little easy for us. He added.

Team Champions’ Fabid Ahmer rose from fifth overnight to take up the final spot on the overall podium.

Meanwhile, Ahmer’s teammate Dean Mascarenhas recovered from a major setback on day 1 to end up 10th in the final classifications, gaining a whopping 32 places compared to his finishing position on Saturday.

JK Tyre-backed Gill, driving the newly-prepared Mahindra XUV300, retired from the first day with a reported puncture and broken suspension in stage 4.

He was one of several high-profile drivers to retire from the rally, a list that also included his Mahindra teammate Ammitrajit Ghosh.