Danial Frost led from flag to flag for Exclusive Autosport to conquer the fifth round of the Indy Pro 2000 Championship, while Cameron Shields emerged victorious in USF2000 for Newman Wachs Racing, around the 0.686-mile Lucas Oil Raceway in Brownsburg, IN.

Frost, 17, who was fastest in last week’s prerace test, led the way in qualifying and, after fighting off an early challenge from reigning USF2000 champion Kyle Kirkwood, controlled the proceedings to score a well-deserved victory in the Cooper Tires Freedom 90.

Frost’s only serious challenge came following the race’s only full-course caution, at the 51-lap mark, when teammate Nikita Lastochkin suffered a mechanical failure. Frost took the restart directly ahead of Juncos Racing’s Sting Ray Robb, who had passed Kirkwood in Turn 1 moments before the yellow, but didn’t take long to reestablish a clear advantage, completing the 90 laps 4.8048 seconds ahead.

Championship leader Rasmus Lindh (Juncos) slipped past Kirkwood on the last lap to claim the final podium position, while Jacob Abel (Abel Motorsports) was the only other unlapped finisher in fifth.

An exhilarated Frost said: “I’m so grateful to get my first win… I’m so happy with what the team has accomplished. I worked hard to keep my focus toward the end but as soon as I saw the checkered flag I started to celebrate. A couple of guys really put some pressure on me but I stayed composed and did my own thing, and eventually we were able to break the draft.

“Once we got into traffic, I worked at catching the guys in front because, for me, it’s better if I have someone to chase. That’s what I did for the whole race." 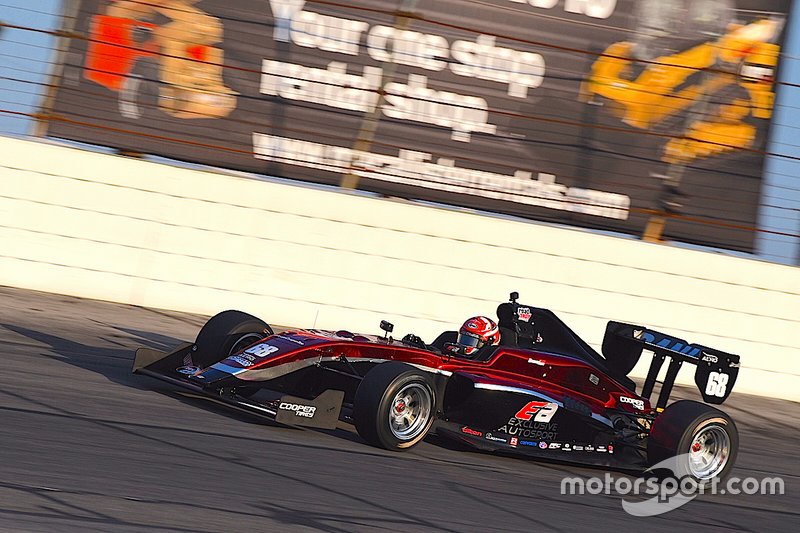 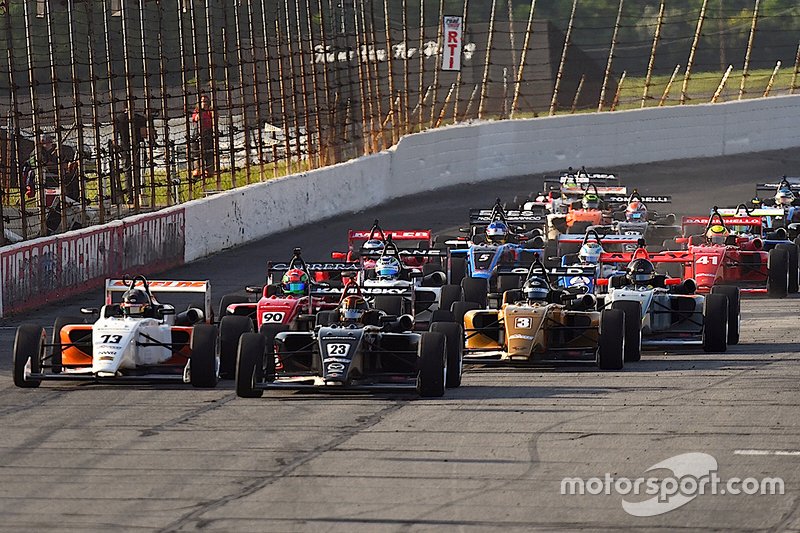 The start of Round 5 at Lucas Oil Raceway

Kaminsky couldn’t keep pace with Shields but stayed clear of the battle for third between Exclusive Autosport’s Manuel Cabrera and Legacy Autosport’s Alex Baron which lasted until the pair came up to a knot of backmarkers. When Cabrera lost momentum, he fell victim to an inside move from Baron as the pair lapped Bruna Tomaselli on Lap 44, and the Mexican spun into Tomaselli and the wall, bringing out the full-course caution.

Following the restart, which Shields controlled to perfection, a second caution came out 10 laps later, when

Jack William Miller crashed out of seventh place. Again, Shields pulled away on the restart, and Kaminsky had to focus on Baron in his mirrors. With four laps remaining, Baron dived through at Turn 1 to grab second place and hold it to the checkered flag.

Fourteen-year-old Jak Crawford (DEForce Racing) was fourth ahead of championship leader Braden Eves (Cape Motorsports), who rose from 12th on the grid to fifth, and Christian Rasmussen, who picked up the Tilton Hard Charger Award for Jay Howard Driver Development, after starting 15th.

“It was a really, really tough race,” said Shields. “My mental state changed quite a lot. I had such a big lead and, all of a sudden, the yellow comes out and everything changed. There was a bit of panic but I recouped and did a good job to keep the guys behind me.

“I really have to thank the team; they gave me a perfect car to do it and taught me well how to drive an oval. My driving style is very smooth and sometimes on the road courses, I’m not aggressive enough so right now, this couldn’t suit me any better.” 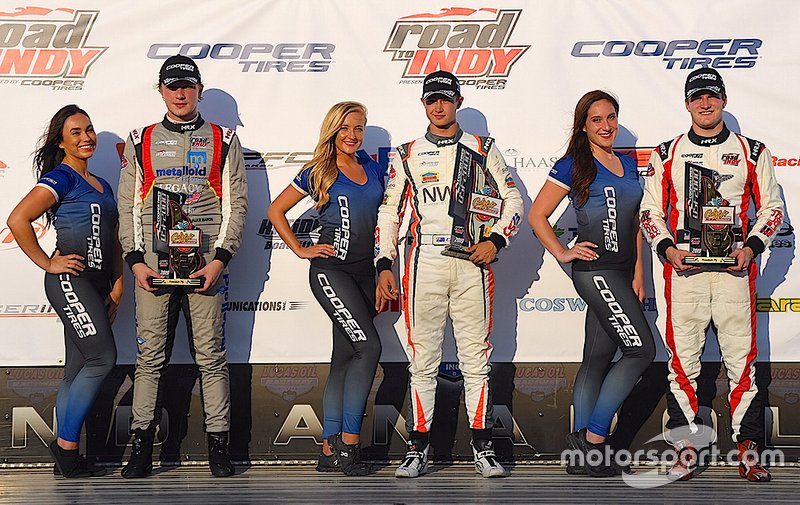