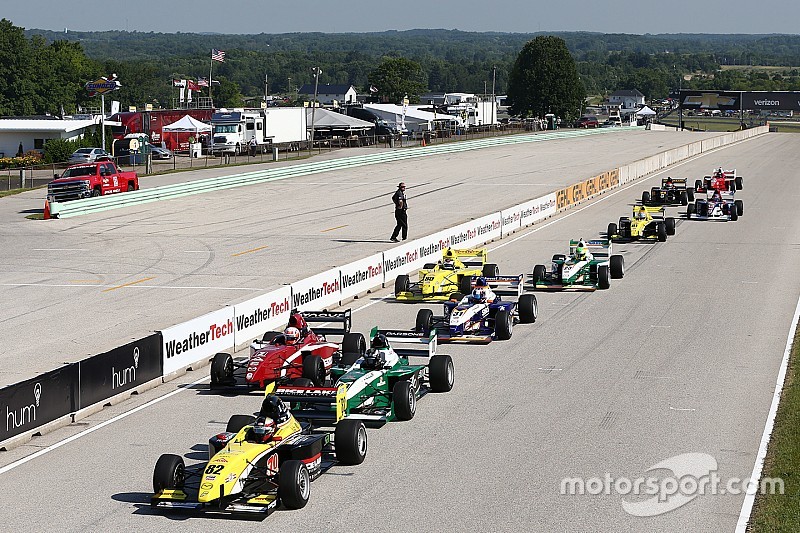 Andersen Promotions has added an extra race to Pro Mazda’s final event at Mazda Raceway Laguna Seca and pulled its Iowa Speedway race, due to be held next week.

The decision comes after “a lower than anticipated field was set to contest the 40-minute race slated for July 10,” according to an official statement.

The season finale for the Pro Mazda Championship Presented by Cooper Tires at Mazda Raceway Laguna Seca will thus become a tripleheader event.

Dan Andersen, owner and CEO of Andersen Promotions said: “I want to thank [Iowa Speedway President] Jimmy Small for giving us the option to move our race off of next weekend’s schedule

“Iowa Speedway produces some great oval racing and it is unfortunate that we didn’t have what we felt was a viable car count to meet not only the track’s expectations but the fans’ as well.

“At this stage we will look forward to what is a pivotal round in the Indy Lights championship on July 10 and a return for Pro Mazda in 2017.”

Pro Mazda’s next rounds are on the streets of Toronto on July 15-17.

Pro Mazda has been struggling for grid numbers all season, with just 10 cars qualifying at Road America, including three part-time National Class cars. At the previous oval rounds, at Lucas Oil Raceway in Indianapolis, just eight cars were on the grid.

Telitz thrashes his rivals for second time in one day