Pabst expands team to include Pro Mazda in 2019 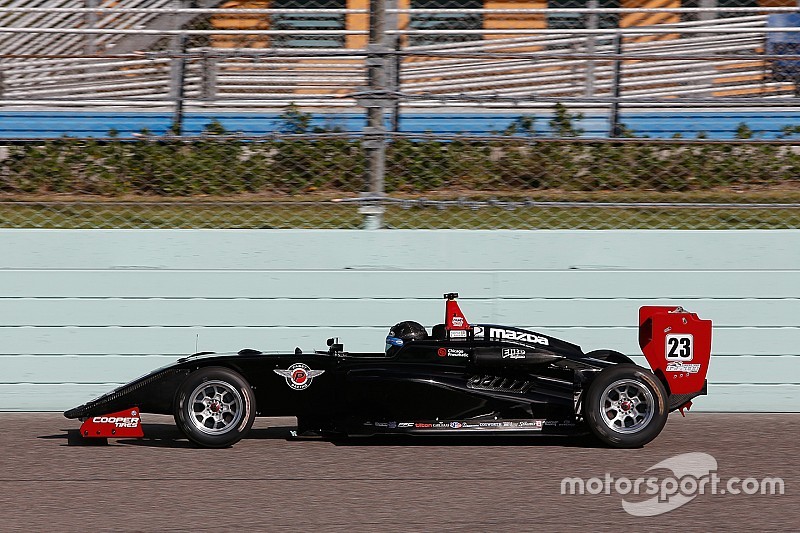 Pabst Racing, which won the USF2000 Teams’ championship this year and last, will add Pro Mazda to its Road To Indy campaign next season.

Team owner Augie Pabst has revealed that while his USF2000 squad will reduce from four to three cars in 2019, Pabst Racing will also enter the Pro Mazda ranks with a two-car team.

Between them, Pabst’s drivers – Rasmus Lindh, Lucas Kohl, Calvin Ming and Kaylen Frederick accumulated 15 top-three finishes this past USF2000 season, and in only two of the 14 rounds were Pabst not represented on the podium. The quartet respectively finished second, third, fifth and sixth in the final points standings.

Said Pabst: "I'm thrilled to expand into Pro Mazda for 2019. Our team has been assembled with a fantastic group of mechanics and engineering staff with unprecedented continuity. Along with our existing staff, we have placed additional personnel within the team to ensure that our Pro Mazda program will seamlessly debut at the same level as our USF2000 program."

Pabst Racing said he’s ready to accept inquiries for all five seats across the two series, adding: “Our two Pro Mazda cars were built to the same high standards as our USF2000 cars and after completing over 2,000 trouble free initial test miles we are ready to test new drivers in preparation for 2019.”