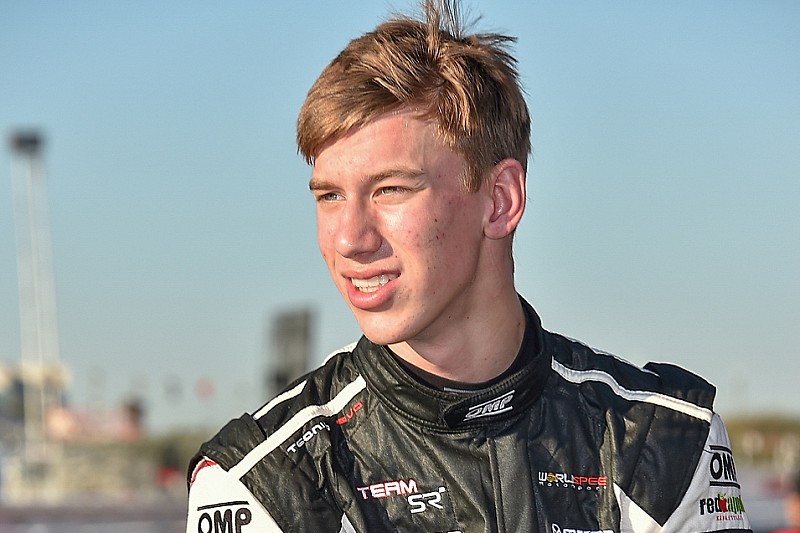 Team Pelfrey has confirmed it has signed Sting Ray Robb to race in Pro Mazda next year, while Julian van der Watt has joined its USF2000 squad.

“It’s hugely exciting to welcome Sting Ray back to Team Pelfrey,” said Baker.  “I say ‘back’, because he tested with us a few years ago in F1600 and we immediately saw how much potential he possessed then.

“We have had Sting Ray in the new Tatuus PM-18 for a couple of tests now, and we are convinced he will surprise a lot of people next year.  He’s still only 16, and we will work hard together not only to keep developing the car, but also to get the most out of him.  We are looking forward to an exciting year!”

Robb himself commented: “After my rookie season in Pro Mazda, Team Pelfrey is the proper progression for me to take advantage of the Mazda Road to Indy in my sophomore season. As a team, we are well underway with the new car and the chemistry within the Pelfrey organization is fantastic.

“When I was transitioning into cars at age 14, Pelfrey was instrumental in helping me with my decision to go open-wheel racing.  We did our homework this off season and Pelfrey was the perfect fit.  We have some work to do, but no doubt 2018 is going to be great year.”

“Julian came over and tested with us in October, his first outing in a USF2000 car,” said Baker, “and we immediately saw why he dominated the South African F1600 Championship. Not only was he fast, but his consistency and work ethic were all on display for us to see.

“Julian’s decision to move to the Mazda Road to Indy is fantastic news for Team Pelfrey and the series and we are looking forward to seeing how he gets on throughout the 2018 season.”